Intrn’l Video: U.S. entrepreneur has sights set on being the ‘Comic King of Guatemala’ 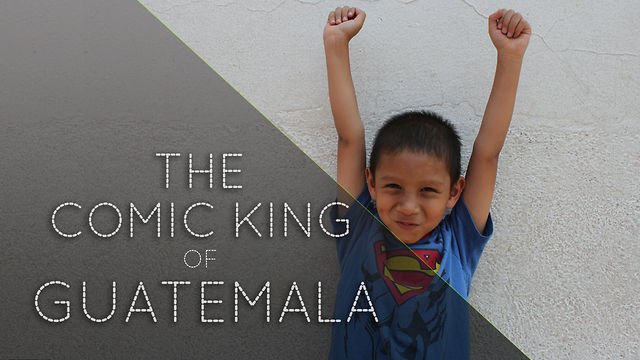 LatinaLista — There are a lot of things Guatemala can boast of having that most other countries can’t: a rich Mayan heritage, ancient pyramids, lush rainforests and landscapes and distinctive traditional dress and foods. Yet, there was still something missing from the country — a comic book shop.

Or so that was the case before Dan and Sarah, two entrepreneurial ex-pats, arrived in Antigua, Guatemala. Discovering that no comic book shop existed in the country, the two set out to open the first one.

Ay Robot! Comics carries a variety of comics in both English and Spanish and had immediate success from the time they first flung their doors opened in 2011.

Dan and Sarah’s journey of opening the shop, the impact it has had on the locals and their business dreams for the future serve as the backdrop to an entertaining and insightful full-length short doc titled Comic King of Guatemala, which underscores how a country with such a high illiteracy rate has embraced a new form of literacy written in a very ancient style.

The Comic King of Guatemala from George Clipp on Vimeo.