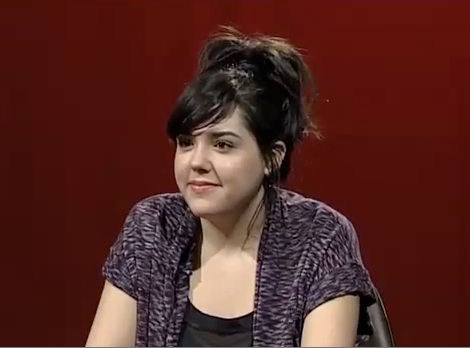 LatinaLista — Unlike film and television where it took many years for Latino actors to break through walls of prejudice, discrimination and stereotypes (and are still fighting), theater has always provided a refuge for the embattled Latino actor.

Over the years, Latino playwrights have made their mark in theater, with some going on to the small and big screens. Now, there’s an up-and-coming playwright doing the same. Her name is Adriana Lopez Villareal.

Originally from the El Paso, Texas area, Adri, as she likes to be called, is living these days in the Philadelphia area where she is fighting a battle she didn’t expect. She explains in the featured interview that while she has been given great opportunities to not only act but write and direct, it has been a constant battle to educate people in the Northeast about who are Latinos, the issues they face and take them beyond stereotypes.

Yet, it’s her own play, Vivir Mejor, that is serving as the perfect introductory vehicle to a reality that is far removed from the Northeast but universal in the feelings, hopes and expectations of its characters battling modern-day life and death situations.

An original work by Adriana Lopez about the cartel’s effect on Juarez, Mexico, and the neighboring American cities.﻿ Vivir Mejor takes us into the heart of hope that keeps beating through the gun shots, murders, broken homes and broken dreams of the border drug cartel war in Juarez Chihuahua, Mexico and El Paso, Texas. Drawing from the stories of its citizens and the media we embark on a journey that brings to life the drive, compassion, and resilience that keeps these Border Land people afloat.