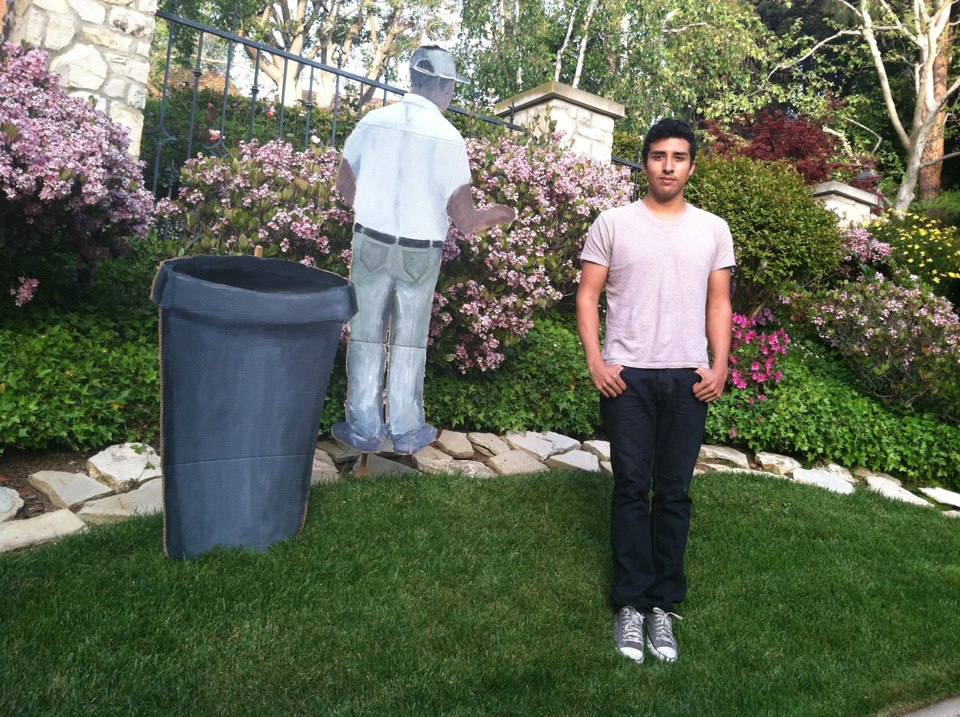 LatinaLista — Ramiro Gomez is known for his life-size cardboard dolls but he’s not playing around. This California artist is giving a “presence” to those considered the most invisible and least appreciated of all U.S. workers — the Latino immigrant.

Whether it’s a replica of his own parents — his custodian-working mother and truck driver father — or a landscaper, pool man, nanny or maid, each life-size cardboard cut-out that Gomez creates and positions in areas of high traffic, where they must be noticed by all who pass by, serve as an artistic commentary to the ongoing immigration reform debate.

The 26-year-old Gomez has been steadily garnering attention for his approach to participating in the national immigration debate. His blog reveals that his work is a hit with galleries and museums and he has some upcoming exhibits where the public, just by viewing and thinking about Gomez’s cutouts, will be drawn into the immigration debate without even realizing it. Pretty much the way all of society now benefits from the labor of immigrant workers — without even thinking about the person who is doing all the work.