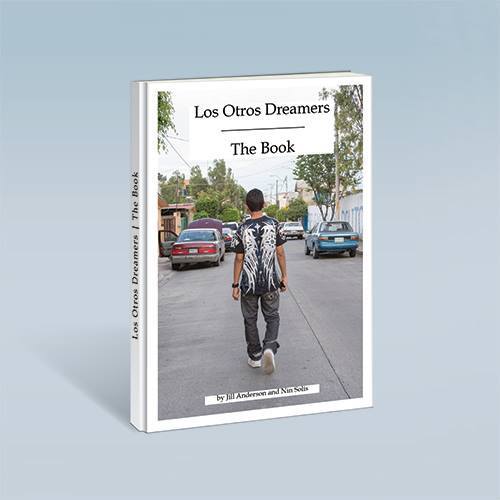 LatinaLista — Anyone who has heard coverage of immigration reform over the last few years has also learned about the efforts of DREAMers, young undocumented students who were brought here to the U.S. as children and now find themselves in a social, civic and political limbo.

Yet, what not many people on this side of the border realize is that there are DREAMers south of the border too. They are the ones who got caught up in the nation’s over zealous attempts to enforce immigration law and were deported. They are young people who were educated in the United States, and had little or no ties to their birthplaces.

These DREAMers are known as Los Otros Dreamers and are the subject of a new book by Jill Anderson and Nin Solis.

On April 25, 2014, the two authors appeared on the campus of California State University Northridge (CSUN) to talk about the young deportees they met in the course of researching their book and an ongoing campaign on behalf of los otros dreamers.

At the event, the authors were joined via Skype by one well-known DREAMer, Nancy Landa, who just happens to be a former student body president of CSUN and now finds herself pursuing a graduate degree in London after spending several years in Tijuana after her 2009 deportation. (Editor’s Note: Nancy Landa is also a long-time Latina Lista contributor.)

Los Otros Dreamers includes twenty-six testimonies, written in the preferred language of the contributor (English/Spanish/Spanglish) and then translated into English or Spanish. Three stories are also translated into indigenous languages. A full-page color portrait accompanies each testimonio, along with several photos of the homes, families and landscapes in which these Dreamers are navigating their return — Prof. Jose Luis Benavides, in a post for the CSUN Arts and Media website.

The featured video is a recording of the livestream of the campus event.