Video: Bipartisan panel holds intelligent discussion about the importance of immigration reform for the nation 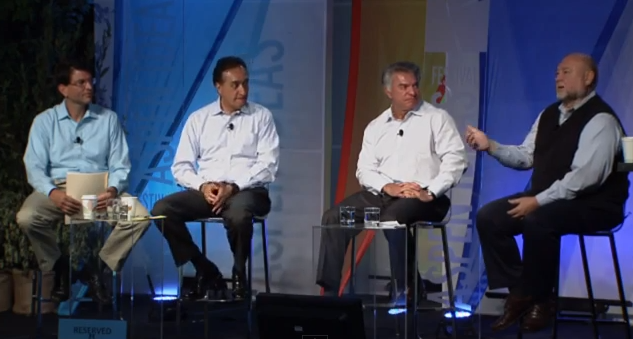 LatinaLista — While pundits are tolling the death knell for immigration reform as it faces debate in the House of Representatives, it is an issue that many people feel is not only alive but has a future.

At the recent Aspen for Ideas Festival, immigration reform was the subject of a bipartisan panel whose duty was to explore the question: “Can we get past politics to reform immigration?”

Panelists Jason Grumet, Al Cardenas, Henry Cisneros, and Thad Allen discussed, from their conservative and liberal viewpoints, why reforming immigration is important for the country and why immigration is essential for the nation’s future.

As a finale, the panel explores the House’s role in getting immigration reform passed by offering thoughtful insights as to what may be happening behind the scenes. But Cisneros challenges the audience to think beyond the act of reforming immigration and look at how the nation will integrate (formerly) undocumented immigrants into U.S. society so that there is a transformation of undocumented “from farm workers to engineers.”