Latina Lista: News from the Latinx perspective > Media > Videos > Video: Focusing a lens on Venezuela’s out of control spiral

Video: Focusing a lens on Venezuela’s out of control spiral 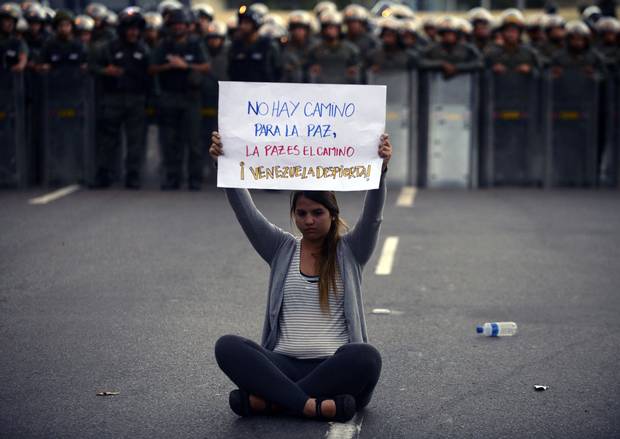 LatinaLista — News has been trickling out of Venezuela of the spiraling conditions in the country. From the unrest in the streets where military police are reported to be shooting indiscriminately into crowds of students to the closure of independent media — more than 20 newspapers shut down — to the growing scarcity of food and medicine, Venezuela has been described by many as being on the verge of economic collapse.

Yet, surprisingly, as close as Venezuela is to the United States, not many Americans are aware of what is happening in the country. In recent weeks, the hashtag #SOSVenezuela has gone viral in helping raise awareness of Venezuelans’ plight.

VICE News has posted dispatches from the streets of Venezuela showing the chaos and fear. But it doesn’t mean anything to viewers unless they know the history of why things have reached a tipping point and why so many Venezuelans are desperately looking for a way out of the country.

In the first VICE dispatch, the reporter delivers the background story on how the current unrest started and how the government’s crackdown is only worsening the response from the people.