Latina Lista: News from the Latinx perspective > Media > Videos > Video: An undocumented young artist envisions a life where she can dream in color

Video: An undocumented young artist envisions a life where she can dream in color 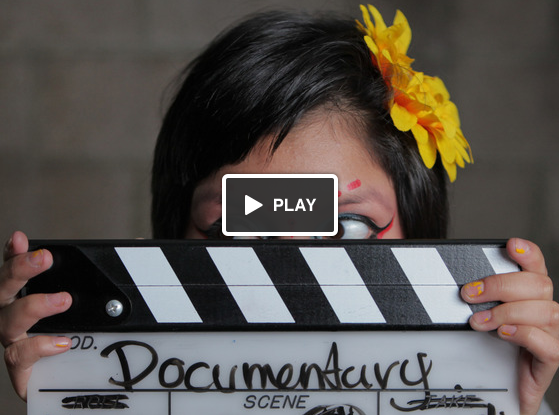 LatinaLista — There are coming-of-age, teen angst stories and then there are stories like INOCENTE: Homeless. Creative. Unstoppable.. An unlikely story that combines youth, today’s politics, art and survival.

At 15, Inocente refuses to let her dream of becoming an artist be caged by her life as an undocumented immigrant forced to live homeless for the last nine years.

Her escape from a life that includes “a father deported for domestic abuse, an alcoholic and defeated mother of four who once took her daughter by the hand to jump off a bridge together, and an endless shuffle year after year through San Diego’s overcrowded homeless shelters.”

The film shows how Inocente uses color to paint herself a new reality, a reality where her talent is finally getting her noticed. It’s her talent that is her ticket out of the only world she’s ever known and into another that she has only imagined.

INOCENTE is already an award-winning film but is on Kickstarter to raise money to help finish paying for added expenses to make the film available for community screenings and making free downloadable companion curricula for teachers and creating an arts workshop template for community organizations.

This film will usher you into the secret life she returns to at the end of every day, where she navigates the instability, despair, and neglect of a situation she must endure through no fault of her own. The challenges are staggering, but the hope in Inocente’s story proves that her circumstances not define her—her dreams do.