Video: Cultural historian explains the culture of gun violence in the U.S. 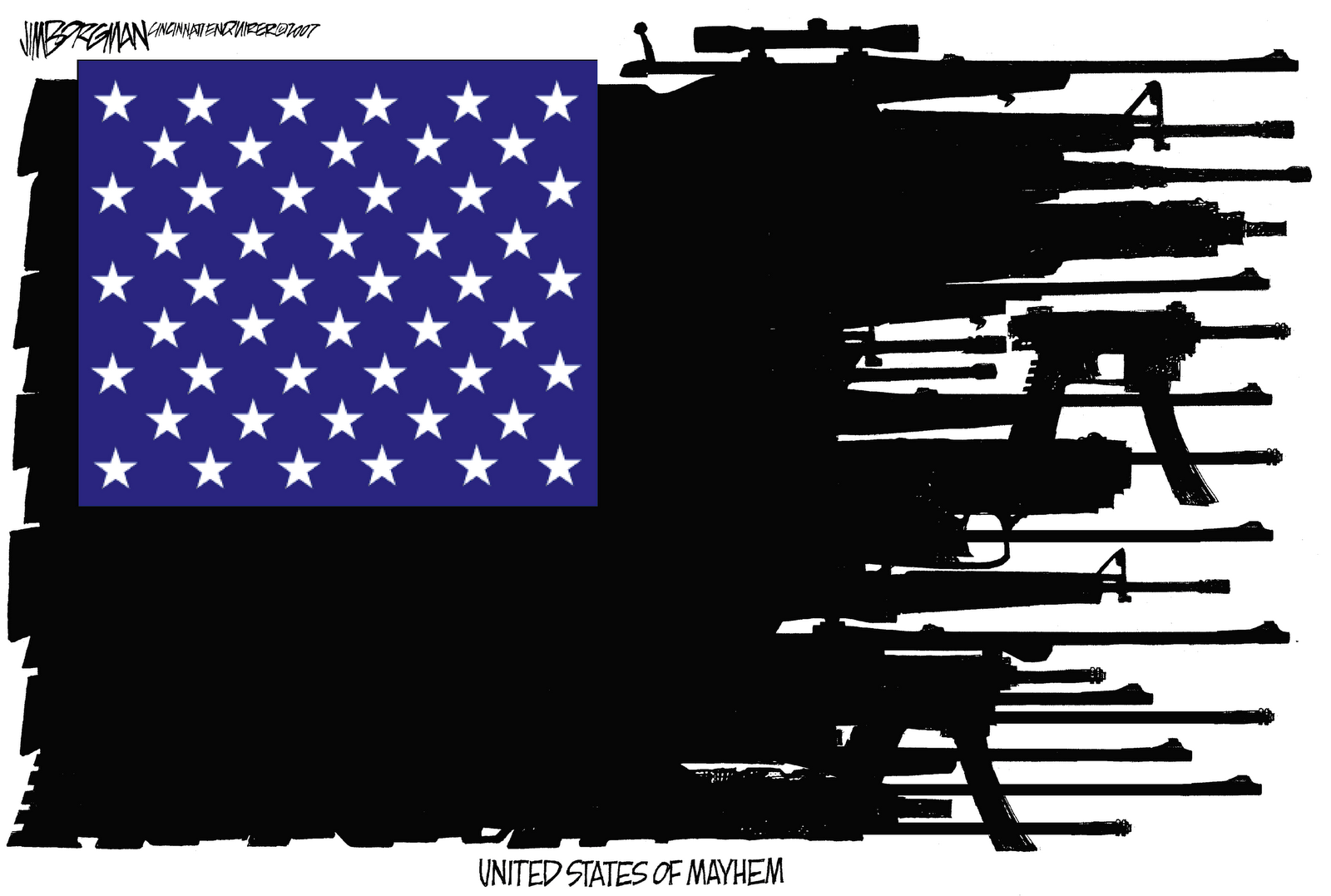 LatinaLista — It’s often been said that “America has a love affair with guns.” Given the recent mass shootings and attempted mass shootings, most Americans have soured on this relationship.

Yet, guns are undeniably, and remain, a part of our culture. Richard Slotkin knows. He is a cultural historian and has dedicated his professional career to studying the role guns and violence play in US history and society.

Slotkin has written a trilogy: Regeneration Through Violence, The Fatal Environment, and Gunfighter Nation, which chronicles the mythologies of the West and the “connection between the American national experience and violence.”

Sitting down with journalist Bill Moyers, Slotkin shares how the gun mythology of the United States was created, what it encompassed and how it validates such laws as “stand your ground.” According to Slotkin, the USA, up until the Civil War was considered the “White Man’s Republic.”

It was a concept that justified the mistreatment of people of color.

Slotkin notes that as recent as the Civil Rights era, this dismissive attitude towards people of color empowered whites to police their own racial boundaries. He credits the nation’s violent past with influencing today’s gun culture that “continues to dominate, wound and kill.”

Gunfighter Nation from BillMoyers.com on Vimeo.

Too few Latinos in the running for Golden Globe honors — otra vez!
Comment
Spotlight Nonprofit: Creating a way to tackle poverty with coffee and "Simply Smiles"