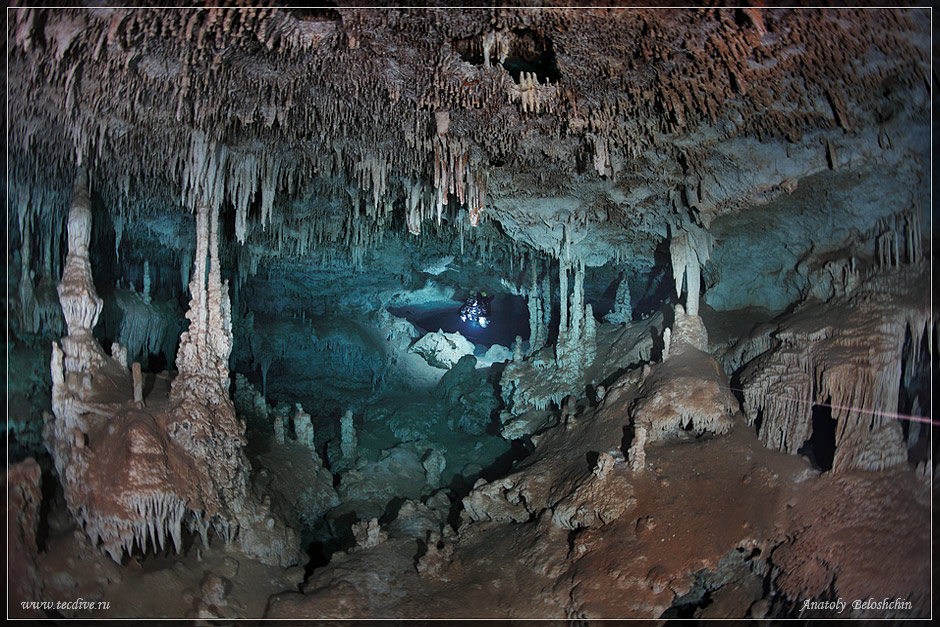 LatinaLista — Ox Bel Ha is the longest explored underwater cave system in the world. Located in Quintana Roo, Mexico, it measures a little over 150 miles in its underwater passages but also has within its system dry caves, making it the third largest in the world.

For scientists, Ox Bel Ha is every inch as mysterious, seductive and iconic as the country’s famous pyramids. In fact, an intrepid international team of divers and cave explorers have joined together to form the Mexico Cave Exploration Project (MCEP) to study Ox Bel Ha and the other underwater cave systems of Mexico.

Gathering sediment samples, doing measurements, surveys and exploring the winding depths of Ox Bel Ha are the daily duties of the MCEP group. While in any other location those duties might seem boring and mundane, the MCEP group illustrates in the featured documentary how their job is far from the ordinary.

With stunning underwater photography and behind the scenes insights by the cave explorers and scientists, the documentary is a fascinating look into a marvel of nature that — until now — only a select group have ever been able to visit.