Video: Reporter Alfredo Corchado takes readers behind the headlines to experience the Mexico he knows and still loves 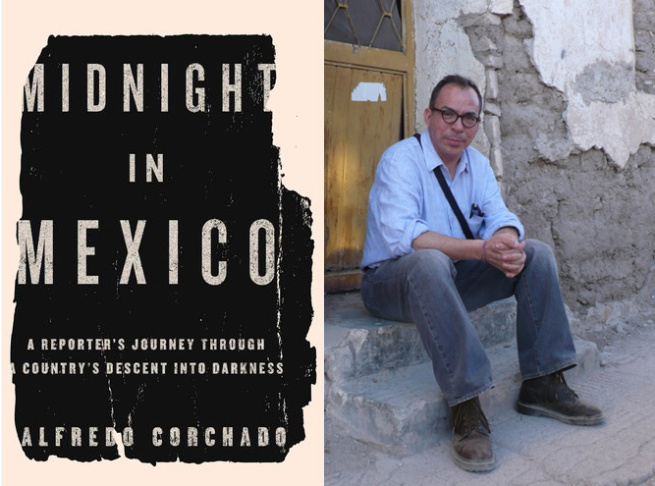 LatinaLista — Alfredo Corchado knows Mexico well. He was not only born there, in Durango, Mexico, but he has lived his life as a citizen of both the United States and Mexico. For over a decade, Corchado has also been the Mexico bureau chief of the Dallas Morning News reporting on the escalating violence of the country’s cartel war.

It’s been a career that has put Corchado on the receiving end of death threats, witness to blatant corruption and hardened his belief that Mexico is not lost to the violence and depravity that appears in every media story about our southern neighbor.

To put his life in perspective and to share his fascinating experience as a reporter in Mexico, Corchado has written the book MIDNIGHT IN MEXICO: A REPORTER’S JOURNEY.

…A paramilitary group spun off from the Gulf cartel, the Zetas, controls key drug routes in the north of the country. In 2007, Corchado received a tip that he could be their next target—and he had 24 hours to find out if the threat was true.

Rather than leave his country, Corchado goes out into the Mexican countryside to investigate the threat. The more curious he becomes, the more secrets he uncovers. As he frantically contacts his sources, Corchado suspects the threat is his punishment for returning to Mexico against his mother’s wishes.

Corchado is on a national book tour that is half book promotion and half political analysis as people, of all ages, are curious as to what are the current state of affairs in Mexico and if hope is on the horizon for a country whose people are still suffering too much.