Latina Lista: News from the Latinx perspective > Media > Videos > Video: Latino playwright Nilo Cruz sees each of his plays as a “miracle”

Video: Latino playwright Nilo Cruz sees each of his plays as a “miracle” 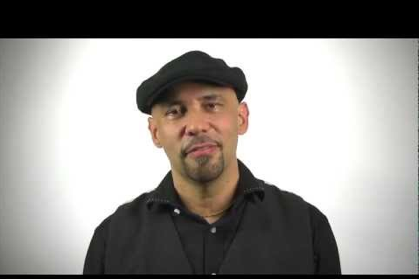 LatinaLista — TCG (Theatre Communications Group) began the I AM THEATRE initiative, where people explain their experiences with theater. One of the participants of the initiative was award-winning Cuban American playwright Nilo Cruz.

Best known for his play ANNA IN THE TROPICS, which won the Steinberg award, the 2003 Pulitzer Prize for Drama and a Tony nomination, Cruz’s introduction to theater was unlike most playwrights. He didn’t grow up dreaming about writing for the stage but rather followed an inner voice one night that led him to a local Miami playhouse.

Ever since, he has been the recipient of other awards and fellowships, including two NEA/TCG National Theatre Artist Residency grants, a Rockefeller Foundation grant and the San Francisco’s W. Alton Jones award. In 2009 he won The Laura Pels Mid-career Playwrighting award and a Helen Merrill award for Excellence in playwriting.

In the featured video, Cruz explains his relationship with theater and how he sees his own role in the bigger production of this drama called life.