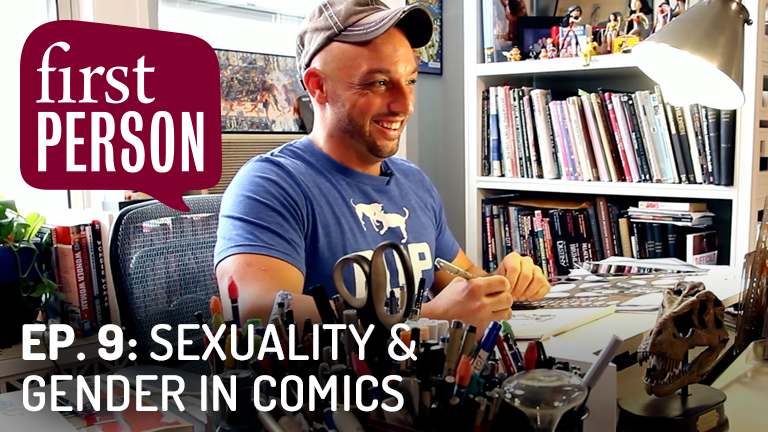 LatinaLista — Phil Jimenez has been drawing for as long as he can remember. He’s been drawing popular comic characters since at least the age of 7 when he drew a pretty darn good Wonder Woman. Little did he dream that something that came to him as second nature would lead him full-circle to his first drawing love of superheroes as a successful writer and illustrator today for DC and Marvel Comics.

Though he’s Latino and a successful cartoonist, Jimenez tells Kristin Russo, host of the PBS digital series, First Person, that he identifies first and foremost as gay. Jimenez says comics have played a role in his life in dealing with his own feelings of being different and were a safe escape into a world that while fantasy by genre was very much rooted in reality.

In fact, by their very nature of dealing with characters who are different or feel like they’re on the outside looking in, Jimenez feels that comics are “inherently gay.”