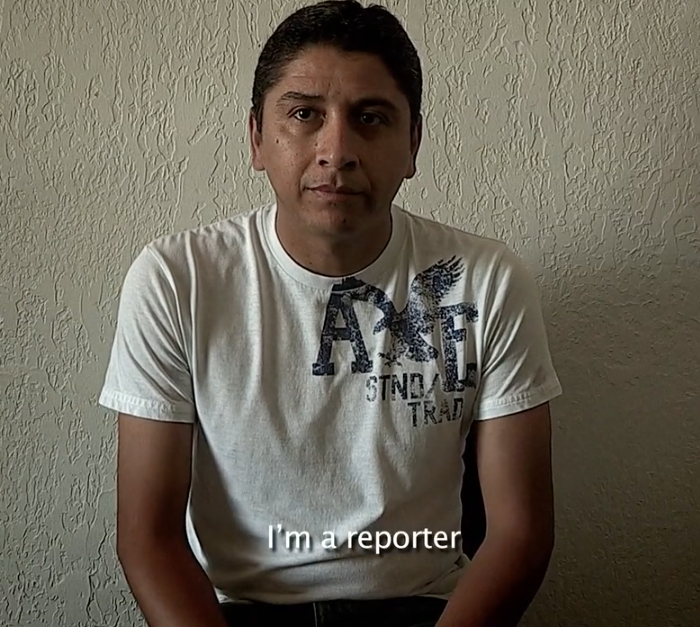 LatinaLista — Mexico is a country under siege by rampant impunity and corruption. From small time gangs and organized cartels to local police forces, the military and politicians, powerless Mexicans are subjected to levels of personal violence that easily rivals any Mideast country. It’s estimated that 151,233 people have been killed between December 2006 and August 2015, and that’s not counting migrants using the country as a bridge to get to the United States.

Mexico’s dismal record on human rights is such a joke that in an unprecedented move the United States State Department withheld, for the first time, $5 million in drug war aid because there was no way to assure Congress that Mexico was making progress with human rights.

While it’s not uncommon that everyday Mexican citizens have been caught in the crossfire among drug cartels, police or the military, there’s no bigger group of people in Mexico singled out for violence as journalists.

In a bid to control media in the country, Mexican reporters, editors and photographers, along with their families, have been targets of assassinations, tortures and threats. In the beginning, the journalists along the Texas-Mexico border, especially in Ciudad Juarez, lived under constant threat of violence. For some, it got so bad that they fled their country and ended up in El Paso, Texas seeking asylum.

It wasn’t long before a steady stream of Mexicans, both journalists and non-journalists, were fleeing to El Paso and standing at the door of  immigration lawyer Carlos Spector. With Spector’s help, these asylum seekers formed Mexicanos en Exilio as they fight for both justice in Mexico and the opportunity to live in the United States.

Yet, the plight of Mexican journalists is especially disturbing since the work these journalists do is tied directly to their country’s democracy by keeping the people informed. Over the summer, one egregious assassination of a journalist commanded universal condemnation and national protest marches and brought renewed attention at the impunity granted to murderers in Mexico.

The stress and violence that Mexican journalists are subjected is the foundation of a new documentary titled El Paso. The film tells the stories of several Mexican journalists, clients of Carlos Spector, awaiting asylum in the United States.

The film is directed by Mexican filmmaker Everardo Gonzalez Reyes has been selected for showing at the International Documentary Film Competition on Migration and Exile (CEME DOC 2015), convened by the Center for Migration Studies and Exiles UNED.

Fourteen films have been chosen this year and will be screened November 4-10 in Mexico City.

Guest Voz: After 88 months in Mexico as a DREAMer, I can finally return home.
Comment
Soccer: Common Ground Trouncing Borders