Latina Lista: News from the Latinx perspective > Media > Videos > Video: New documentary promises to separate the myth from the man who was Puerto Rico’s most famous salsa sonero – Chamaco Ramírez

Video: New documentary promises to separate the myth from the man who was Puerto Rico’s most famous salsa sonero – Chamaco Ramírez 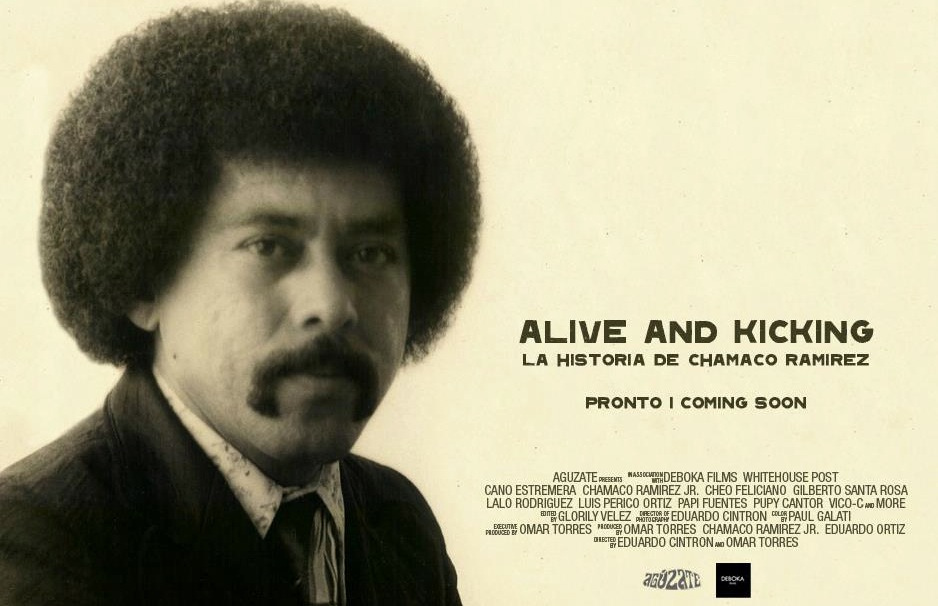 LatinaLista — Ramón Luis Ramírez Toro was born in 1941 in Santurce, Puerto Rico and died, murdered, in New York City, in 1983. However, Toro’s voice didn’t die with the man. Better known as Chamaco Ramírez and heralded as one of Puerto Rico’s most talented soneros (improvisational singers) of salsa, Ramírez voice and talent lives on in a new documentary in production titled “Alive and Kicking.”

Wanting to dispel the urban myth that has evolved around the life of Chamaco Ramírez, the filmmakers strive to present a balanced view of a life blessed with great talent and marred by deadly violence took his life and that to this day has gone unsolved.

The film is currently in fundraising mode with just a few days, as of this writing, left in the campaign.