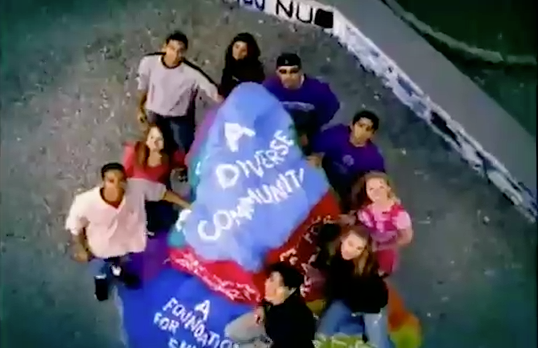 LatinaLista — The U.S. Supreme Court hasn’t released their ruling yet on the college affirmative action case of Fisher v. University of Texas at Austin but it hasn’t stopped pundits from talking about the issue.

And that’s a good thing but the people who really need to be talking about it, because it affects them directly, are the students.

A group of students at Northwestern University wanted to continue the dialogue about race on their campus after students staged a march in February reacting to an incident involving a black campus maintenance worker. The group, led by 2012 Medill graduate, Dallas Wright, created an audio documentary challenging the Northwestern community to confront the issues of racism and exclusion.

Titled “Nommo,” Swahili for “the power of the spoken word,” the audio documentary follows six black and Latino students as they describe their experiences, both in class and out, at Northwestern.

Though the film was screened in front of students, who after watching it, broke into small groups to discuss the issues raised in the film, filmmaker Dallas Wright feels the issues raised are, unfortunately, not unique to Northwestern.

In a request to Latina Lista, Wright emails:

I’d like to pitch the documentary to Latina Lista as a way to bring the discourse going on at Northwestern to a wider audience. Not because something extraordinary is happening at NU, but because the trauma relayed by the students in this documentary is quite ordinary yet too often unspoken on predominantly white campuses. Talking with friends, allies, and alumni on other campuses, we’ve been strengthened in learning that the issue is a common one. Especially given the toxic and misleading promises made by so many “diversity” advocates on campuses nationwide, we believe that this documentary provides a valuable oppositional narrative.