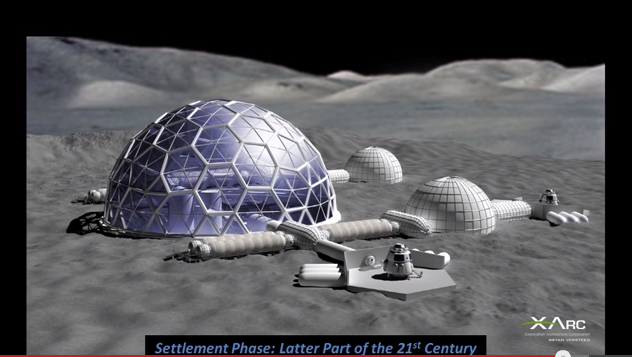 LatinaLista — It is human destiny to become a multi-planet species

The above sentiment is one that everyone who sees the viability of space travel — and notices the wacky weather on earth — believes in. It’s also the driving force propelling the next generation of space travel.

With federal cutbacks and antiquated equipment, the responsibility of getting humans off the planet and bringing them home safely is out of the sole jurisdiction of NASA and now rests with the many commercial space travel companies that have developed across the country.

One such company is the Exploration Architecture Corporation (XArc) in San Antonio. Recently, the company’s team was chosen by the Houston Airport System to conduct an Economics and Business Study for a proposed commercial spaceport to be developed at Ellington Airport in Houston, TX.

In the featured TEDx lecture, XArc’s CEO, Sam Ximenes, shares with his audience how the Gulf Coast of Texas is poised to be a “mecca” for human space exploration with Brownsville, Texas luring a major rocket launch company and Houston creating its own space program separate from NASA.

Ximenes sees the next goal for human space travel as establishing a lunar base — underneath the surface within the moon’s cave system. He lays out the plan for the underground base and asks of his audience: Doesn’t the thought of such a possibility, excite you?