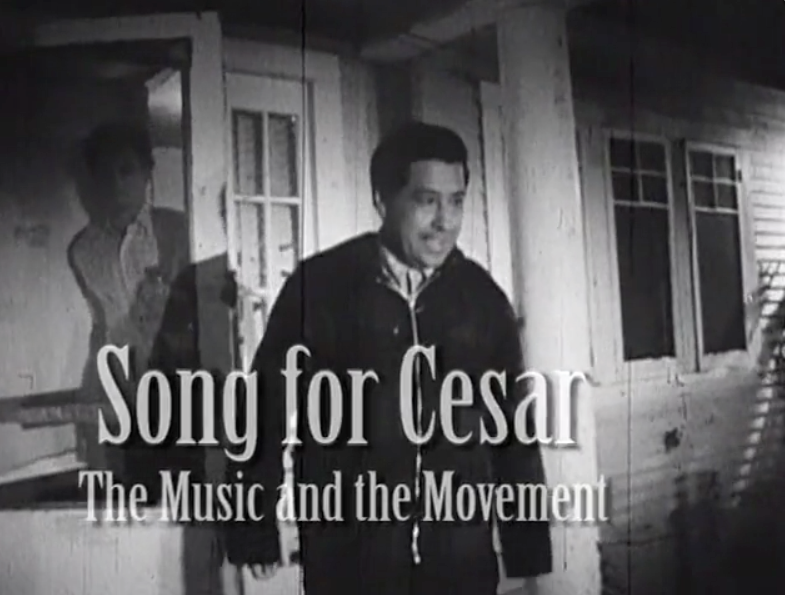 LatinaLista — History knows Cesar Chavez as a Latino Civil Rights leader and an advocate for farm workers. Yet, more of us are learning just how much Chavez integrated Latino culture into his fight for justice and fairness for farm workers.

In a prior Latina Lista post, it was discovered how theater was used to help Chavez in his work. Now, a new documentary highlights the importance of music in growing Chavez’s message of social change.

Song for Cesar: The Music and the Movement is a film that chronicles the support Chavez received from musicians and artists who composed songs and were ‘instrumental’ in helping grow his movement.

The documentary project was initially ignited by the song, written by Abel Sanchez and Jorge Santana (brother to Carlos Santana). Subsequently, the pilot DVD was taken to schools and colleges by the Cesar Chavez Foundation. Due to early success as a highly successful learning tool, it has been expanded.

The documentary  features the voices and singing talents of Lila Downs, Little Joe, Santana, WAR, Joan Baez, Edward Olmos, Maya Angelou, Luis Valdez – to name a few. Each reflects on what Cesar and his work meant to them and the nation.

“This is the beginning of a social movement in fact and not in pronouncements. We seek our basic, God – given rights as human beings… We shall do it without violence because it is our destiny. To the growers and to all who oppose us, we say the words of Benito Juárez: ‘Respect for another’s right is the meaning of peace.’”
— Cesar Chavez