Video: The Franklin Project — Rallying for a 21st Century commitment to national service 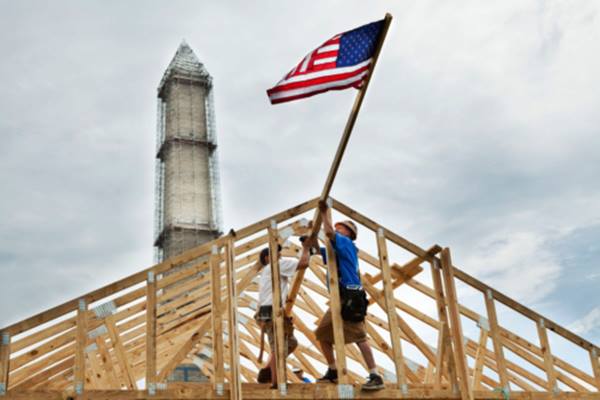 LatinaLista — For many Americans, the term ‘national service’ means only one thing — serving in the military. While many brave men and women have voluntarily enlisted to serve our country either here or abroad, the truth of the matter is that the military isn’t for everyone.

While it’s true that other forms of national service have been created — AmeriCorps VISTA (Volunteers in Service to America) or Teach for America, these programs are often limited as to how many they can accept, leaving many unable to fulfill their desire to serve their country — at home.

Retired General Stanley McChrystal realized this and with The Aspen Institute has launched the Franklin Project. It’s an initiative to create “a voluntary civilian counterpart to the military.”

The goal of the Franklin Project, in addition to serving the country, is to instill in all Americans a “common expectation and common opportunity” of doing national service. Gen. McChrystal feels that such a program would “strengthen our social fabric and solve our most pressing national challenges.”

The beauty of national service is that everyone benefits. Individuals who take part in national service develop specific skillsets they can continue to leverage for life. Communities are improved while national challenges are eroded and in many cases, solved. People from different racial, religious, socio-economic, ethnic, and geographical backgrounds cross paths and work together to solve problems and in doing so, strengthen our bonds to one another as Americans first. ~ The Franklin Project