Latina Lista: News from the Latinx perspective > Media > Videos > Video: The gap between the have’s and the have-nots bigger than anyone imagined

Video: The gap between the have’s and the have-nots bigger than anyone imagined 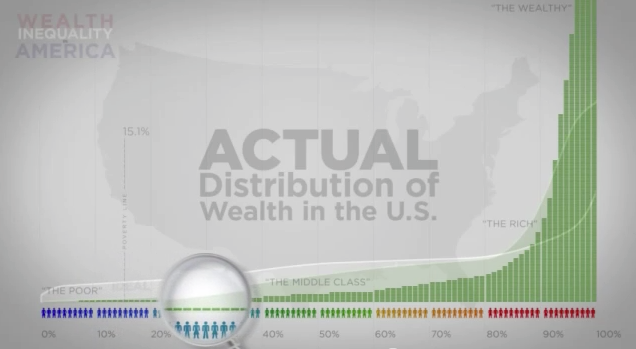 LatinaLista — Two reasons Mitt Romney blamed on dashing his presidential hopes, in a Fox TV interview, were that he had a ‘disconnect’ with minorities and that so many people liked Obamacare.

“Obamacare was very attractive, especially to those who did not have health insurance, and they came out in large numbers to vote,” he said.

Romney’s disconnect could have something to do with his wealth. It’s a disconnect that may be a consequence of wealth and from a new video that has gone viral in a short time, wealth inequality is already disconnecting people from reality.

In the video, Wealth Inequality in America, viewers are shown in very simple graphics just how deep the wealth gap is in this country. It cites the difference between public perception and reality — and the reality is a lot more disturbing than what anyone could have imagined.