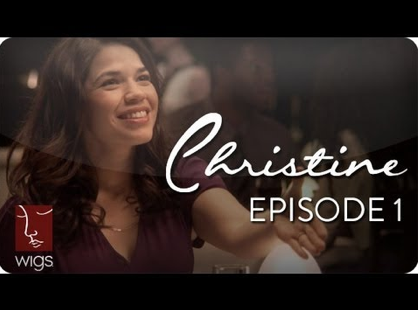 LatinaLista — Actress America Ferrera is credited for breaking theatrical ground for Latinas when she starred in the hit film “Real Women Have Curves” and then went on to star in the Emmy-winning series “Ugly Betty.” In addition, she’s been in several indie films but now she can add web series to her long list of credits.

As part of the female-focused YouTube channel, Wigs, Ferrera has joined the channel’s offerings by starring in the 12-episode web series “Christine.”

Christine is a young woman trying to find Mr. Right by participating in a night of speed dating. With each new man who sits across from her, she finds herself looking for something different from each.

According to Ferrera, Christine realizes she wants different things from each man. “With each guy that sits in front of Christine, the relationship becomes something completely different…and unexpected,” Ferrera said. “And I think she’s taken by surprise by it and so are the men that are sitting across from her.”

The series was written and directed by Rodrigo Garcia. All 12 episodes are online with bonus behind-the-scenes episodes also available for watching. All the videos are available with Spanish subtitles.