Latina Lista: News from the Latinx perspective > Media > Videos > Viernes Video: BABYGIRL — When mijas have to grow up too fast

Viernes Video: BABYGIRL — When mijas have to grow up too fast 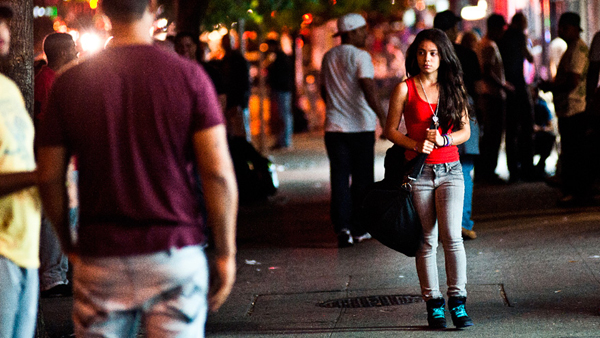 LatinaLista — A common complaint of young girls, especially Latinas, these days is that they are growing up too fast — dressing beyond their years, dating too early and having children before their time.

Yet, in some families, young girls are forced to grow up too fast. They’re forced to when their own parents aren’t mature enough to parent them or have drug or alcohol issues. In these cases, growing up too fast is the only way to survive.

In the new award-winning film, BABYGIRL, debuting this month at theaters, 16-year-old Bronx teenager Lena, played by Yainis Ynoa, is one of those girls where life thrusts her into situations that ‘average’ teens wouldn’t find themselves in, namely in a love triangle with her mother’s boyfriend.

For as long as she can remember, Bronx teenager Lena (Yainis Ynoa) has watched her mom Lucy (Rosa Arrendondo) squander her life on a series of deadbeat men. When Victor (Flaco Navaja), her mom’s latest boy toy, starts hitting on Lena, she sets up a trap to expose Victor for the creep he is… but the plan backfires.

Written and directed by Macdara Vallely, BABYGIRL, highlights a family living situation that is more common among Latino families than most would like to admit. But it does so in such a way that it underscores the need for love in everyone’s lives.