Viernes Video: Dark Latino comedy stirs culture, horror and food into a film all about — tacos! 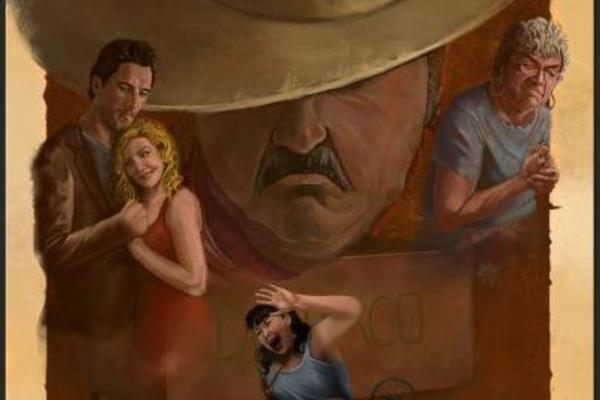 LatinaLista — Tacos have evolved: from street food — sold from little neighborhood pushcarts — to fast food — just how many eateries sport “taco” in their name — to so-called gourmet tacos — another name for ‘hijacked’ tacos — to the rediscovered street tacos — now, cool new menu items in more upscale Mexican restaurants — to it’s latest incarnation — as the subject of a slasher movie!

The Taco Maker/El Taquero is about Don Taco who makes the most mysteriously delicious taco in all of Boyle Heights. His tacos are so good that people who have left the neighborhood come back just for Don Taco’s tacos.

Life was good — until it got bad.

Mixing the elements of horror, culture and food, writer and director of the film Rene Rodriguez successfully takes the heart of Mexican cuisine and ensures that anyone who sees his movie won’t be looking at tacos in the same way anymore.

Though the film wasn’t able to ‘scare’ up enough donations from its Indiegogo campaign, the film was finished and will be featured in its first screening soon.

In the meantime, you can get a flavor of this dark comedy by watching the trailer.