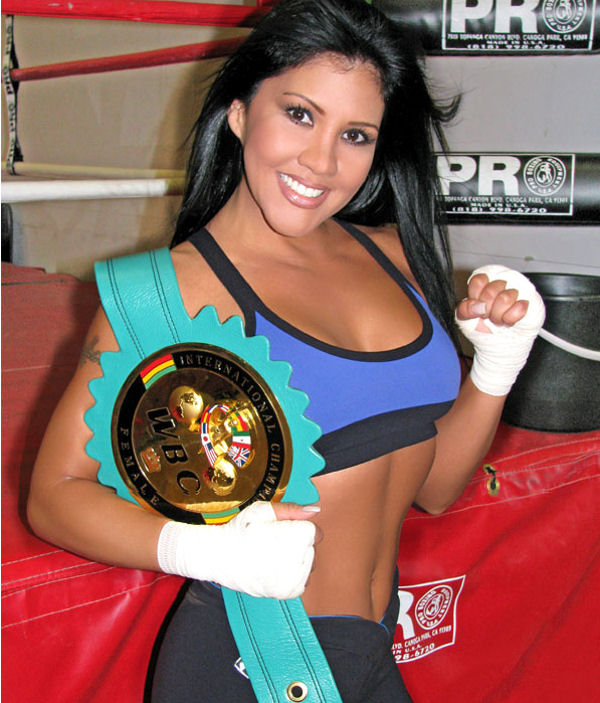 LatinaLista — Mia Rosales St. John is one Latina nobody should want to mess with.

A mom and former model and Playmate, St. John is also a medaled boxing champion – she spent four years opening for all of Oscar De La Hoya’s major fights — a college graduate — has a degree in psychology, an author, a media personality — has her own Playstation game — and a humanitarian — she created El Saber es Poder foundation to encourage education among Latinos.

It’s a description that only tells part of the story of this child of Mexican immigrants who had to fight personal demons along the way to finding the success she enjoys in her life today.

St. John’s story is an inspiring one which would make for a good movie — something that will actually hit the big screen in 2014.

“Stepping into the Ring” is the tentative title of a new film about the interesting life of arguably the most well-known Latina boxer in the United States. Spanning the globe tracing the illustrious boxing career of St. John, the documentary presents a picture of a woman driven to succeed in a world where she once was considered an outsider and now a champion.