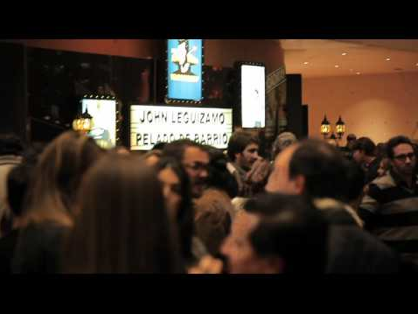 LatinaLista — Some know John Leguizamo as a stand-up comedian; others know him as a dramatic actor. And others still know him as a playwright. However, there is still yet another side of Leguizamo that viewers have seen glimpses of in all the roles he has played before the public.

It’s a side of his life that hints at the challenges he has had to overcome to achieve the success he is today and a side that his fans could only wonder about — until now.

Debuting on PBS channels across the country tonight, John Leguizamo’s Tales from a Ghetto Klown gives fans a rare behind-the-scenes look at his “unorthodox” rise to success at the same time chronicling his struggles to stage his latest one-man show.

The film airs 9 EST and 8 Central and is part of the PBS ARTS SUMMER FESTIVAL. It’s directed and produced by Ben DeJesus of NGL Media with support from Latino Public Broadcasting.