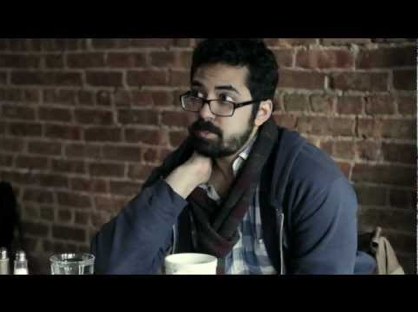 LatinaLista — What happens when the quirky mystery of the old TV show Twin Peaks combines with the classic sarcastic comedy of Seinfeld? A whole new genre of web series is created.

Nights in UltraViolet is a ten-part web series “about a shut-in author of legal thrillers and a pizza-loving wanderer trying to answer the big question on everyone’s mind: What Does It Mean?”

Actually from what I saw of the first episode, it was a lot easier to see what it means than trying to understand the description of the series. At any rate, the lead actor, Carlo Johnson — described as a Latino actor acting as if he’s not Latino — leads an ensemble cast that over the course of seven months filmed in 20 different locations around New York City using almost 100 New York City actors.

All in all, Nights in Ultraviolet is an entertaining watch whether it’s the desktop screen or mobile. It’s definitely entertainment that you can take with you anywhere.

Guatemala to capitalize on Mayan roots to boost much-needed tourism industry
Comment
But what if Romney wins, DREAMers ask attorneys