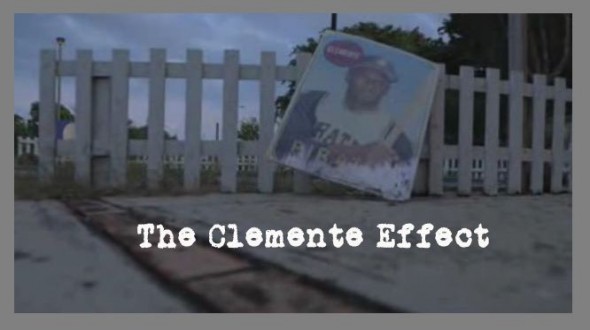 LatinaLista — Before there was Ricky Martin or Shakira, people who use their celebrity status to give back to the Latino community, there was Puerto Rican baseball player Roberto Clemente.

Clemente was known as much for his humanitarian generosity as he was for his powerful throw and 3000 hits in the game, even though he struggled against the racism and discrimination that dominated the United States in the 60s and 70s. Clemente was an inspirational hero to both Latinos and non-Latinos all the way till his untimely death, at the age of 38, on a chartered flight to Nicaragua in 1972 where he was taking relief supplies to those suffering from a massive earthquake.

Since his death, the Latino community has remembered Clemente, who played for the Pittsburgh Pirates, with parks and schools named in his honor. For the past twelve years, Latino Sports has honored the memory of Clemente by sponsoring the “21 Days of Clemente” symposium series “where fans of Roberto Clemente have the opportunity to meet every Monday in the Bronx to share and listen to a guest speaker discuss the impact that Roberto Clemente has had in his/her life.”

Major League Baseball (MLB) also remembers the Hall of Famer with the annual Roberto Clemente Award. The award is given to a baseball player in the Major Leagues who “best exemplifies the game of baseball, sportsmanship, community involvement and the individual’s contribution to his team”, as voted on by baseball fans and members of the media.”

But that’s as far as the MLB wants to go to remember Clemente.

For the past several years, the MLB has ignored an ongoing campaign to retire Clemente’s number, 21, throughout all of baseball. However, Clemente’s wife and children vow to continue the fight in his memory.

Yet, pretty soon, Clemente’s memory will be reignited with a new documentary about his life premiering on ESPN, the cable sports channel. It’s part of the network’s “30 for 30” series and it’s titled The Clemente Effect.

The film traces Clemente rise to fame from humble beginnings to his success on the baseball field and off. While it’s a film that remembers a legendary Latino humanitarian, it’s also a film that introduces a new generation to an athlete that didn’t just talk about sportsmanship but lived it.

Commentary: Celebrating 50th anniversary of escaping Cuba taught my three sisters and I how to survive, especially when cancer hits
Comment
American Heart Assoc. targets Latinas with one message about heart disease but two distinct sites