Latina Lista: News from the Latinx perspective > Media > Videos > Viernes Video: The border town that 9-11 turned into ‘The Lost City’

Viernes Video: The border town that 9-11 turned into ‘The Lost City’ 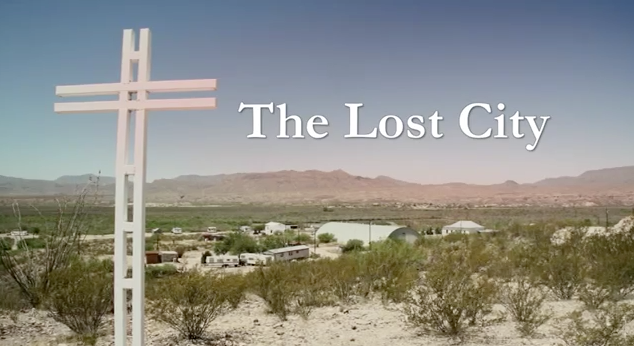 LatinaLista — This September 11 will mark the 12-year anniversary of 9-11. Though there was unimaginable destruction with the collapse of the Twin Towers, there have been signs, in the years since the attack, of a rebuilding and a renewing of spirit, optimism and determination to overcome the pain and challenges brought on the nation that sad day.

If only the same can be said for Candelaria, Texas.

Candelaria is an unincorporated community of 75 inhabitants in the Chihuahuan Desert on the Texas-Mexico border. Like other small border towns, Candelaria has a special relationship with the Mexican town that sits directly across from it along the Rio Grande/Rio Bravo, known as San Antonio Del Bravo.

Yet, because of 9-11, the one bridge that served as a lifeline to San Antonio Del Bravo was destroyed.

The bridge was removed by the US Border Patrol because of concerns that it had become, in the words of Border Patrol chief John Smietana, “a route for terrorists, drug traffickers and illegals”.

The destruction of the bridge crushed the special relationship between the two small towns but it didn’t destroy it. What it did do was make life incredibly hard for the people of San Antonio Del Bravo and Candelaria, especially since the majority of residents of both towns are familia de sangre (blood relatives).

In the years since the bridge was destroyed, San Antonio Del Bravo struggles to maintain its special relationship with its sister town Candelaria but more importantly, it struggles to provide its children with a chance at a good future.

In many respects, San Antonio Del Bravo is becoming “The Lost City.”

Filmmaker Alberto Ivan Garcia wants to share The Lost City story and expose what current terrorism policy is doing to two innocent towns that have lost so much as a result of a single bridge being torn down.

Garcia has created a Kickstarter campaign to help raise money for his film. His goal is $20,000 which will be used for: “Camera Rentals, Audio equipment and audio operator, travel and lodging for a small crew; post-production costs such as editing, audio mixing, color correction, music licensing, and web site development; plus film festival fees and other promotional expenses.”

Ironically, the deadline for the Kickstarter campaign is September 11.