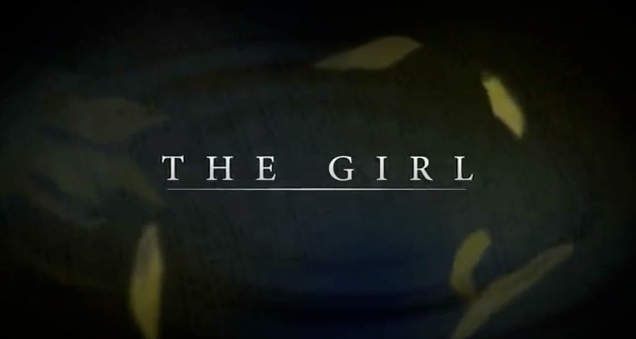 LatinaLista — In his new film The Girl, filmmaker David Riker, producer of Maria Full of Grace and director of La Ciudad, uses the Rio Grande River that separates Laredo, Texas from Nuevo Laredo, Mexico as the setting for a story that reveals the complexity of the illegal immigration issue.

Due to open in New York on March 18 and in Los Angeles on March 15, the film is about a young single mom, Ashley, who has lost custody of her son, works minimum wage jobs and always seems to be making wrong choices in her life. Her father, a truck driver, convinces her to help him transport undocumented immigrants into the United States by hiding them in the back of his semi. It’s a good way for Ashley to make money until she meets Rosa, a strong-minded little girl who lost her mom while crossing the river. Ashley feels drawn to help Rosa find her mother, and in the process embarks on a journey of self-discovery.

Yet, what sets this film apart from other immigration movies is that the film “turns the immigrant story upside down, questioning the myth of the American Dream and asks that we consider the possibility of a better life — south of the border.”

Riker recognized that his research and preparation for the film are stories unto themselves and is planning to release five featurettes, or video milestones, where he explains his inspiration for the film and introduces viewers to the people he met along the way when coming up with the story of The Girl.

Having already released the first video milestone, Riker describes how he accompanied a fireman from Nuevo Laredo who travels the river every day searching for the bodies of those who didn’t make it into the United States. He shares that the fireman told him that he has pulled over 600 bodies from the Rio Grande/Rio Bravo, and on the day he was with him, the two found a knotted plastic bag floating in the river. The fireman pulled it into their boat, untied it and found a neat bundle of clothes, tennis shoes and the ID of a young man. The two don’t know what happened to the man.

It was that mystery that became the basic premise for a film that is more fact than fiction.