Latina Lista: News from the Latinx perspective > NewsMundo > Bolivian governor gives employees “alarming” reminder to get to work on time 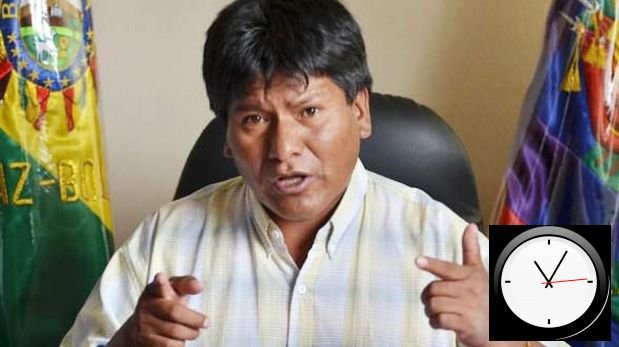 LatinaLista — Spanish-speaking countries are known as much for their laid-back, I’ll-get-there-when-I-get-there attitude as they are for their tradition of daytime siestas. But one governor in Bolivia has had it with employees arriving to work on “Bolivian Time.”

Víctor Hugo Vásquez, who became governor of the Bolivian state of Oruro in March, told the local press that he can understand if people are a couple of minutes late to work but he said there are some “who are accustomed” to arriving late. Because of that, he “awarded” 40 alarm clocks to employees who routinely showed up late for work.

“This is not good,” Vásquez said during a press conference. “I want them to realize that they are not public officials but public servants.”

Officials claimed that the alarm clock was a prize for the employees, but not to continue arriving late, but to remind them to arrive five minutes early to their job.

Vásquez demanded that the employees forget about referring to their tardiness as “Bolivian Time” and adopt a new reference — “Evo Time.” It’s a nod to Bolivia’s President Evo Morales’ mandating that the country adopt the practice of arriving on time to events and meetings.