Latina Lista: News from the Latinx perspective > NewsMundo > Bolivia set to lead the world in creating “subways in the sky” 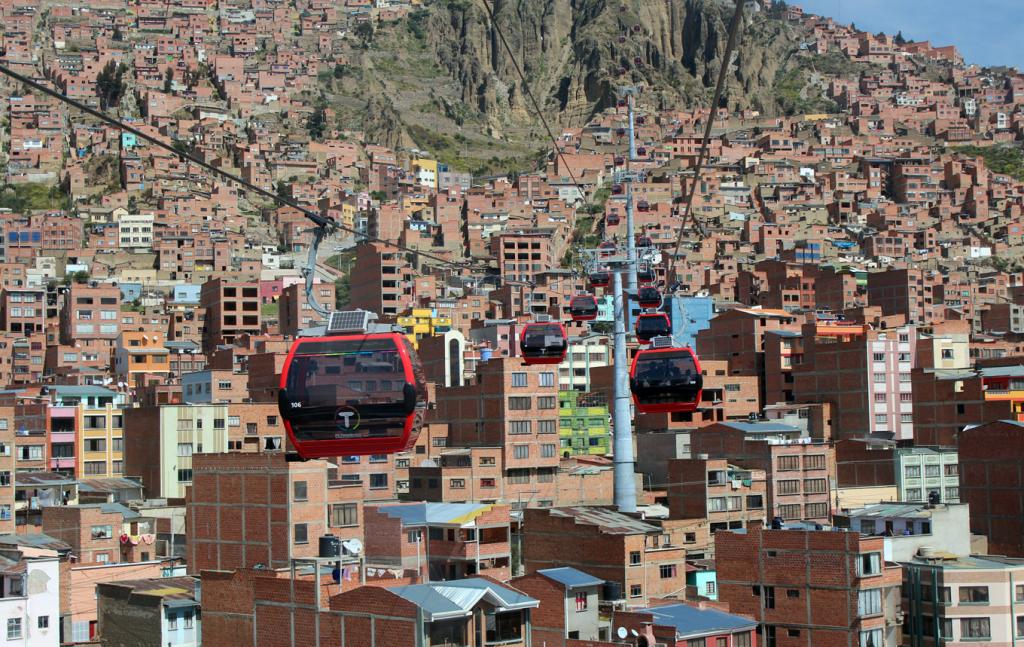 LatinaLista — In a growing number of countries around the world, governments are looking at cable cars as the latest mode of public transportation. While this “subway in the sky” is mostly associated with ski resorts, cable cars are being proposed as a way to unite sprawling metropolises.

One of the first major cities in the world to take advantage of this clean kind of public transportation is La Paz, Bolivia. Over the last two years, La Paz has trailblazed the development of electric powered urban rail cars and has garnered the distinction of creating the longest urban cable car system in the world, affectionately known as the Red Line.

Now, Reuters reports that Bolivia is tripling the size of its urban rail car system.

Cesar Dockweiler, the manager of the state company, Mi Teleferico< (My Cable Car), that operates the three existing lines, told Reuters that the initial phase of the sky subway system has been to unite two distant cities in the La Paz region. The second phase of the initiative, that includes adding six more lines to cover 30 kilometers, will focus on creating a transportation network. The "subway in the sky" adds a touch of science fiction modernity to a developing skyline. Each cable car runs smoothly and silently offering panoramic views of the scenery below and beyond city limits. With each rail car equipped with air conditioning/heating and built-in wifi, hopes are that more Bolivians will take advantage of this way to commute from one point to another, though it does cost more, at 43 cents a ticket, than taking a shuttle bus traveling the same distance. With more governments taking notice of the success in Bolivia, chances are subways in the sky will be explored by more as a viable, environmentally friendly alternative to four-wheeled vehicles.

Spanish as a vehicle for social change
Comment
Video: Short animated documentary brings to life girl's feelings on having a brother incarcerated