Latina Lista: News from the Latinx perspective > Causes > Crowdfunding > Chicano filmmaker tries for a do-over to raise enough cash for doc before gentrification claims all signs of Latino presence 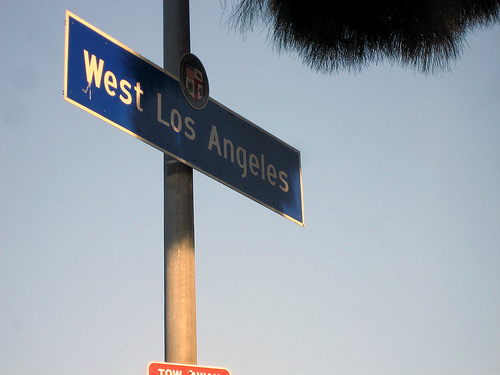 LatinaLista — If at first you don’t succeed, you — relaunch!

That’s the premise behind this featured-before crowdfunding campaign titled West Los Documentary – a documentary that looks at lowrider culture as the unifying tie among four Chicano barrios on the West Side of Los Angeles.

When people think of Chicanos and lowriding, its usually pictured in East L.A. but the west side of Los Angeles has been home to longtime Chicano communities. In addition to West L.A. there are Chicano barrios in Culver City, Santa Monica, and Venice, these locations are often called “the four corners.”

Very little has been written and documented about these barrios. Because of aggressive gentrification, the Latino heart, soul, and culture has been greatly diminished from these neighborhoods. Although Chicano barrios exist on the west side, the visible presence of Chicano culture is practically non existent.

Unlike East L.A and San Diego, whose communities are saturated with Chicano culture; such as murals, and parks that are dedicated to notable Latino leaders, the west side doesn’t maintain and seldom are there Chicano or Latino cultural festivities.

The one Chicano art form that remains visible on the west side is lowriding. This documentary seeks to permeate through film the existing presence of Chicano culture in “the four corners” and look at how the lingering Chicano community makes itself visible through the art and practice of lowriding. Furthermore, the filmmakers hope to inspire the youth from these communities to work and come together showing unity through lowriding as well.

HOW WILL THE FUNDS BE USED?

This is a relaunch, and the filmmakers, led by Charlie Chacon, are asking for a fraction of the amount needed from the prior campaign. After the first campaign failed, they were approached by many producers. They will grant them access to better cameras, at a lower rental fee, and a well-written script which allows use to film with less days. Bottom line, they will need less funding to finish this project.

The $15,000 we are trying to raise will be used to pay for the the remaining days needed to film, music fees, shipping fees, and Kickstarter/Amazon fees that go along with running this campaign.

West Los the Documentary will take you on a journey through the heart of the “four corners” communities of West L.A., and speak with influential members from each community. Moreover, this film will also preserve the history of the four major barrios on the west side. We will explore the history of lowriding within their neighborhoods, and the changes that are occurring due to gentrification. These communities have sometimes been at odds with one another, and gang violence is common in these barrios. I will invite a few at risk teens from each of the four communities, and have them join me at my family owned restoration shop where they will work together to build the ultimate lowrider. These teens will also be mentored and motivated into becoming positive leaders, which will allow them to live productive lives . With the help of local talent West Los: The Documentary will educate, inspire, and promote Chicano culture through various forms of art. Regardless of turf wars and senseless violence, lowriding is the common thread that brings these Chicano barrios together. Last but not least, it is absolutely essential to have this film completed. The cultural history of our communities is at risk. The history of our chicano culture on the west side, is at risk. If we don’t document our story now, it will be lost forever.