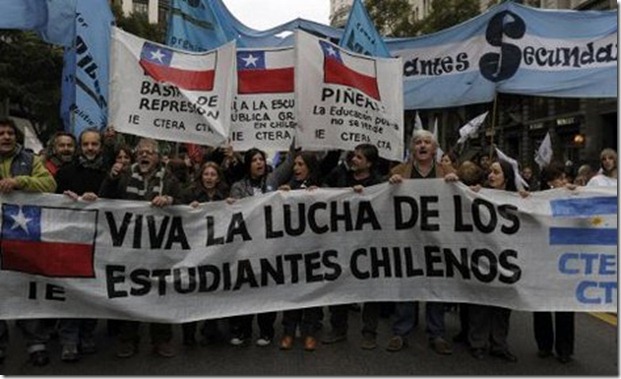 LatinaLista — Ever since the Chilean dictator Augusto Pinochet (1973-1990) enacted his version of educational reforms and excluded any possibility for students to study for free at the country’s universities, Chilean students have demanded a free education.

Chilean media is reporting that Bachelet spoke two hours before the 1,000 members of her Congress announcing, that starting in 2016, her government was going to provide free university education for about 60 percent of Chile’s poorest students. The measure is expected to benefit about 260,000 students.

It is a policy change that thousands of Chilean students have been marching for and demanding that the government provide free, quality public education, as well as, to be included in ongoing talks of reforming the country’s educational system.

Bachelet concluded her remarks saying that by the end of her term in 2018, 70 percent of the most economically vulnerable students would enjoy free education and by 2020, the measure would reach 100 percent.