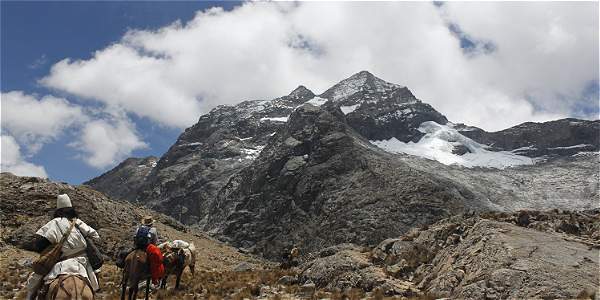 LatinaLista — Most of the world is familiar with the lush, green hillsides of Colombia courtesy of the countless commercials over the years promoting one of the country's main exports, coffee. Yet, not many know that Colombia ranks among the top four countries in the world for its rich biodiversity.

Colombia is home to 59 national parks, of which 26 are being prepped as eco-tourism destinations. The National Parks of Colombia (PNN) is on a mission to let the world know about the country's rich natural hidden gems. So, they've partnered with Google to bring Colombia's breathtaking parks to the world via Google Street View.

Over a 16-month period, the iconic Google Street View worker trekked the popular hiking trails of nine of the country's national parks toting the special tool known as the "Trekker." The Trekker is a 15-lens device that takes a photo a second, encompassing a 360-degree angle.

"This is a titanic effort that can only be done on foot," explained Laura Camacho, Google's project manager in Colombia. "We want to show the biodiversity of the country and that's why we began this phase in the national parks that we want to show the world."

The 26 remaining national parks being prepped as eco-tourism sites will be added to the Google database in the coming years.

Julia Miranda Londoño, PNN director, said that with this program, people can enjoy the biodiversity and "extraordinary natural wealth" of Colombia from anywhere in the world.

And all from the comforts of our own homes.

biodiversity, Colombia, environment, featured, national parks
Previous Post Podcast: An introduction to the ListaPodcast with a discussion of first impressions of the 2016 presidential campaign
Next PostLatina scholar excels at Savannah State University

Podcast: An introduction to the ListaPodcast with a discussion of first impressions of the 2016 presidential campaign
Comment
Latina scholar excels at Savannah State University