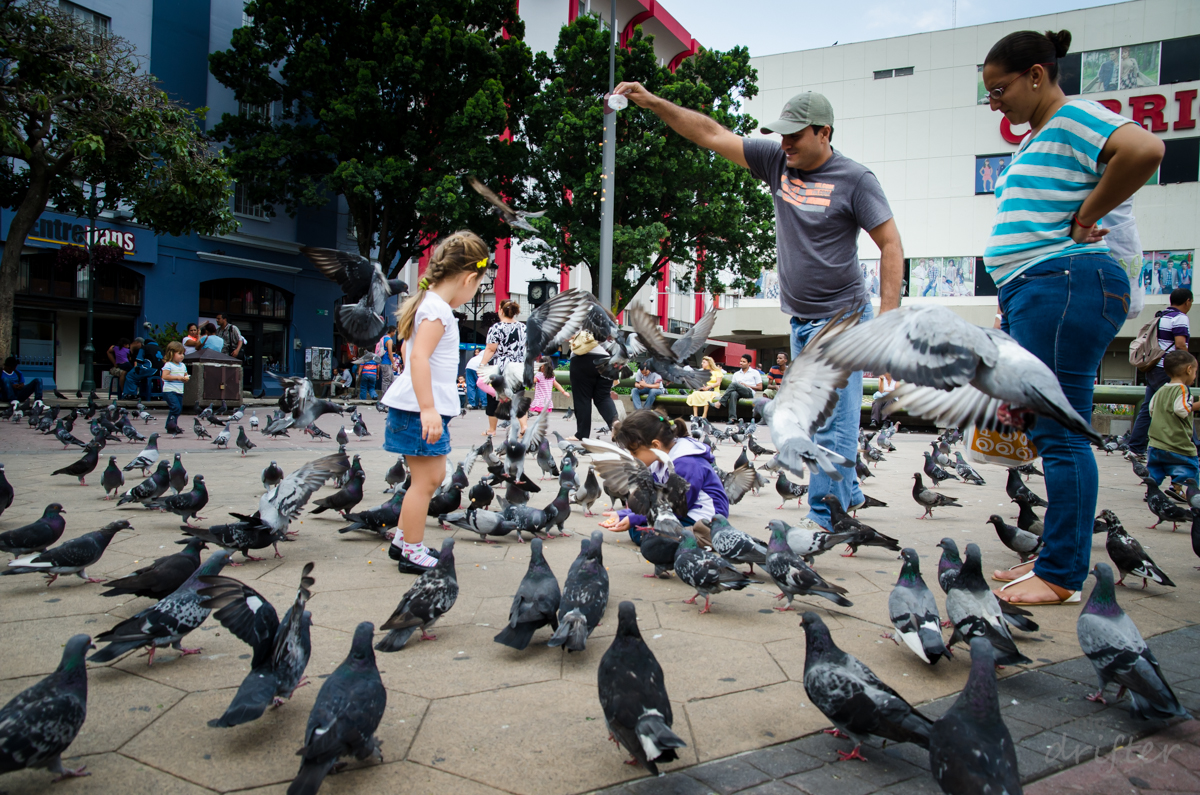 LatinaLista — Flocks of pigeons, dodging the feet of pedestrians in search of handouts, are a common site in most major cities around the world. However, unlike their friends in the animal kingdom who are battling for survival, pigeons seem to be thriving — especially in Costa Rica.

The rising population of Columba livia or feral pigeons is getting out of control worries Costa Rica’s Health Ministry. Pigeons are known to carry organisms that can lead people to develop chlamydia, salmonella, toxoplasmosis and histoplasmosis, as well as, other diseases harmful to humans. A 2012 study done on pigeons found that the species carry about 60 types of microorganisms associated with respiratory infections, lung and brain damage.

The country’s Health Ministry was first notified of the increase of pigeons by people who complained about the downtown parks and public spaces. An analysis of the complained areas attributed the rise of the pigeon population to the garbage from surrounding businesses and the fact that people always fed them.

Now, the Health Ministry has ordered the Municipality of San José to ban feeding the pigeons. Also, better garbage collection for the area has been ordered, as well as, requiring the clean up of pigeon droppings on sidewalks and public parks, since the droppings carry health hazards as well.

But it’s not only people who are at risk. The famous and historic architecture of the city is also at risk since pigeon droppings are toxic to rooftops, corroding them, and then further damaging the building’s cornices and walls as rain washes it away.

As can be imagined, the city is employing different tactics to discourage the pigeons from “flocking” to these areas. Using everything from covering spaces with mesh wires to strategically placing fake owls under the eaves of buildings to scare the winged pests. However, a safe assumption is that San José will continue to have a pigeon problem as long as there are people who feel feeding the birds is an act of compassion, rather than the cause of making a bad situation worse.

Why American academics are building ties with Cuba
Comment
Even with college acceptance in hand, too many low-income Latinos never make it to campus