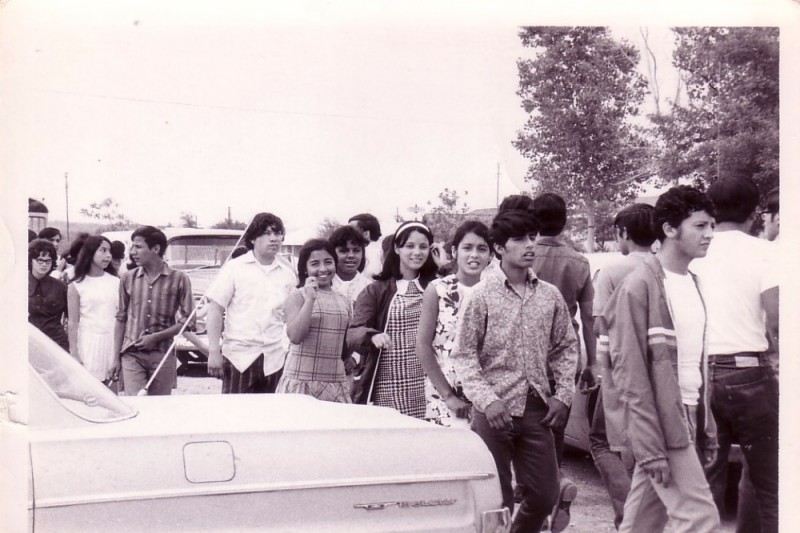 LatinaLista — In 1970, there was a school-wide walkout in Uvalde, Texas because the school board refused to extend the employment contract of a popular elementary teacher, Mr. Josue George Garza. Within a week the number of students participating in the walkout grew to over 500.

The protest shocked the small town of Uvalde and garnered national attention. The Texas Rangers were called in to deal with the students and tremendous pressure was put on them to return to class. The Mexican American Parents Association (MAPA) was formed to speak on behalf of the students.

MAPA went before the school board many times to try and reach a settlement. Not long after MAPA was formed, a group called the German American Parents Association was formed (GAPA). Every time MAPA addressed the school board, GAPA would follow them, ridicule them, and say the same things only substituting the word “German” for “Mexican.”

The Uvalde school walkout lasted almost six weeks and became one of the longest school boycotts in public education history. As punishment for participating in the walkout, many students were required to repeat the entire academic year. Lawsuits were filed and ultimately the Uvalde school district was cited for 49 violations of the Civil Rights Act.

It took 12 years for the school board to finally resolve the lawsuits.

Forty-six years have passed since the walkout and yet there is no book chronicling the events of that time. University of Texas (UT) graduate journalism student, and participant of the Uvalde walkout, Alfredo Santos, wants to remedy that oversight.

This past April, Santos took an Oral History class at UT and the whole class traveled to Uvalde and interviewed several people who knew about or participated in the walkout. Among them were, Mr. George Garza, the elementary school teacher at the time, along with, several others. The interviews produced a lot of insight into what happened and how people felt at the time.

Santos has a list of 45 more people he would like to interview. Some were in the walkout, some were not. Santos feels it is important to include those who were not in the walkout because they too have a very interesting perspective of what happened during those six weeks.

Once Santos finishes his interviews, he wants to compile what he has learned into the first book about the 1970 Uvalde walkout. To help him achieve his goal, Santos has created a GoFundMe campaign and hopes to raise $12,500 to finish the book and have this important piece of Chicano history memorialized before it’s forgotten.