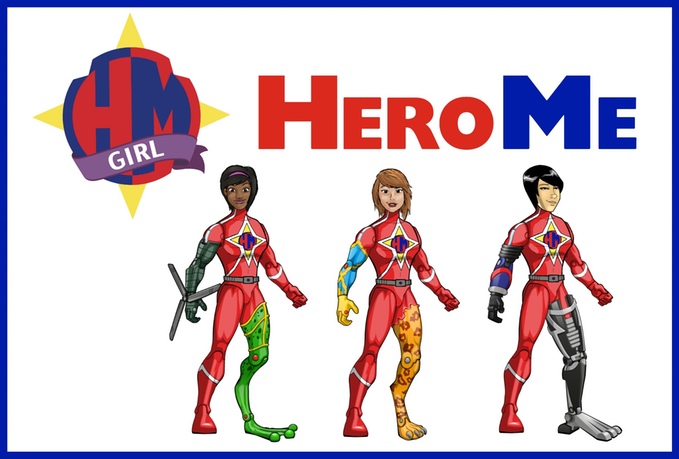 HeroMe Girl is a line of customizable female superhero action figures – with a twist.

These girls are leaders, not just sidekicks, and they’re ready to star in the adventures created by any child.

With HeroMe, the child is in control. It is a toy customized by the child and a story created by the child. No mass-produced toys with a story-line from a movie or comic book. Instead, children are encouraged to be creative and dream up the superhero they want to be.