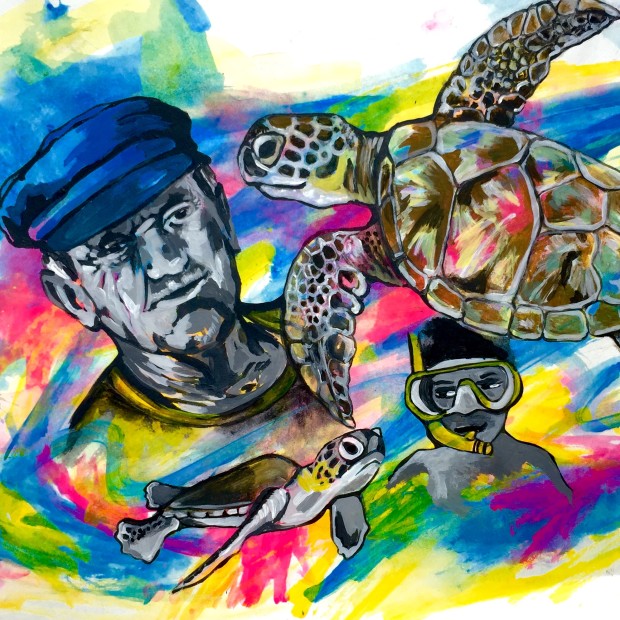 Tess Krasne is an environmental biology major at Washington University in St. Louis with minors in anthropology and applied microeconomics. She spent this past summer on the small island of Isla Mujeres, Quintana Roo, México.

Consuming sea turtles and their eggs is still a strong part of the island culture, despite it being illegal in Mexico. Increased human population on the island has led to coastal development and large amounts of trash and pollution.

Education about the sea turtles needs to be heightened among the people.

Children's books have the ability to educate not only children on conservation issues but also their families.  Students come home and share what they've learned, or ask for help with reading books which gets their parents and older siblings involved.

What one student learns, an entire family can learn.  Proficiency in English is a highly valued skill on the island and recognized as an opportunity for economic success; the bilingual aspect of the book will draw interest to many looking to learn English.

The story follows two characters:  Coral, a young boy who grows into an old man while dedicating his life to sea turtle conservation. Lily, is Coral's sea turtle friend, who he sets free as a child after hearing his father say she would raised to be dinner. Coral's daily actions work to improve conditions for sea turtles.

The book addresses topics such as predators, ecosystem services, plastic and other marine debris, by-catch and poaching, through the eyes of Lily and Coral.  Lily swims through her environment, dodging obstacles to eventually reach adulthood and lay eggs herself. Lily and Coral reunite decades later on the beach where it all began, after Coral defends Lily from poachers.

Mis Amigos Del Mar strives to show the value of conservation actions and demonstrate what we can all do to help. Local students who are knowledgable about sea turtle conservation and its importance will become adults who value the preservation of sea turtles.

In both Spanish and English, Mis Amigos Del Mar will be donated to schools on the coastal regions of Central America – where sea turtle conservation is still a work in progress.  Krasne will also work with primary schools to include the book in their English or Science curriculums.

The amount of books donated is directly proportional to the amount of funds they receive. If they do not reach their goal, they can use the money they did raise to still donate copies, it will just be fewer.

After this initial fundraising, the books will be available for purchase.  When someone buys a copy, a copy will be donated to a school in Central America.