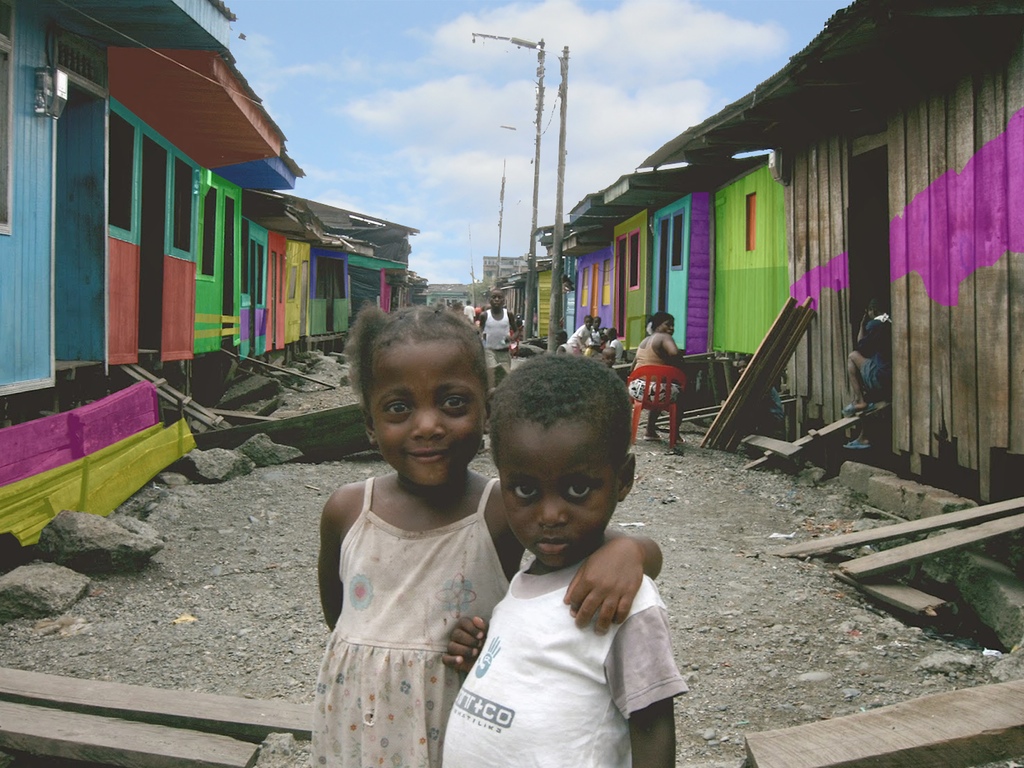 Buenaventura is a city on the Pacific Coast of Colombia, located 150 kilometers from Cali in the Cauca Valley. The territory of Buenaventura is full of natural riches: pristine beaches, dozens of intersecting rivers, biodiversity…But the coastal position of the city also makes it an important hub for drug trafficking.

For many years, the violence caused by illegal armed groups has affected the daily lives of the population and tarnished the image of the city.

Artist Alejandro Rodriguez and his team want to help transform the city’s reputation by bringing a visual improvement to its most iconic places and its most deprived neighborhoods.

Their project has two objectives:

1) Identify three emblematic buildings of cultural or historical significance and regenerate their façade through an artistic intervention.

2) Bring life and hope to the homes of 100 families in 3 of the most underpriviledged neighborhoods of Buenaventura by filling their house with colors.

Through this project, the hope is to boost the pride and self-esteem of Buenaventura’s population. By providing an opportunity for the community to express their creativity and show the world the beauty of their culture, artists hope to change the perception of Buenaventura and remove the stigma suffered by its inhabitants, 90% of whom are of African descent.

At the same time, the artists will support the government’s efforts to develop tourism by focusing attention on the city’s artistic and innovation potential rather than its violence.