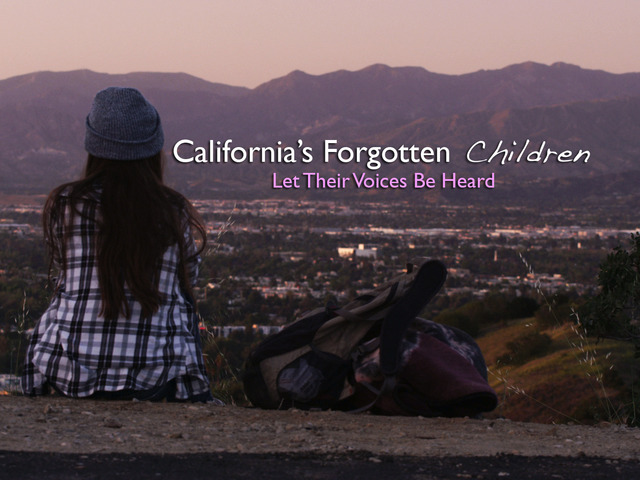 Child trafficking and exploitation is the fastest growing and second largest criminal industry in the world today. In the United States, over 100,000 children are being enslaved and sold for sex every day.

Youth are most vulnerable to the tactics used by human traffickers and exploiters. Almost every trafficked victim has had a history of sexual abuse earlier in his or her childhood, which begins a continuum of sexual exploitation.

California is a hotspot for domestic and international human trafficking because of its large population, international borders, large economy, extensive ports, and metropolitan regions.

“California’s Forgotten Children” is a documentary about child sex trafficking and exploitation of children in California. The film focuses on true stories of youth who were sold on the streets of California and are now survivors and brave leaders, fighting for the rights of forgotten children in the United States.

This film is unique because it teaches people to understand and share the feelings of the survivors instead of generating pity. By creating empathy, the film will empower the forgotten youth in communities by making them stronger and more confident, especially in controlling their own lives and claiming their rights.

The film will engage people and communities to a call for action by giving them intellectual, moral, and social instruction to protect and prevent it from happening.

And will show the humanity of people who are trying to bring freedom, hope, love, and awareness for commercially sexually exploited children.