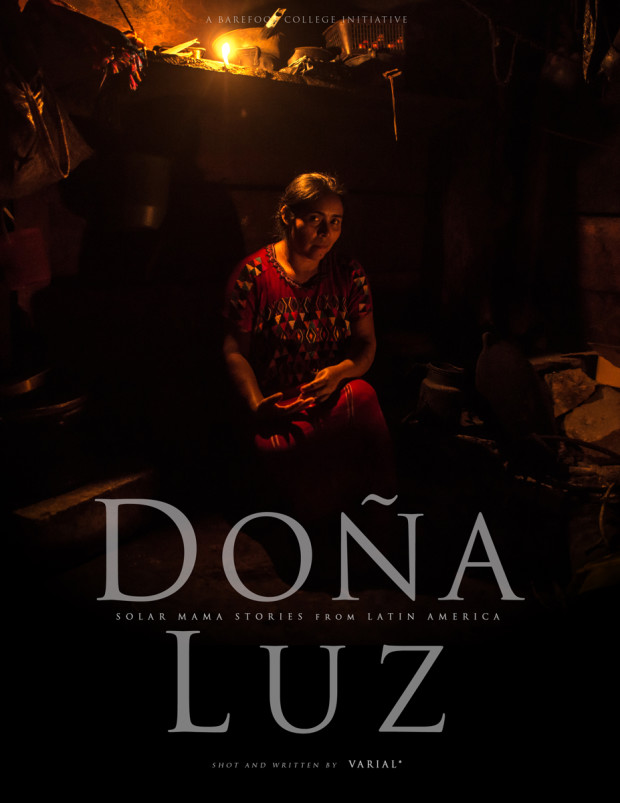 Varial Cedric Houin is a nomadic photographer, filmmaker, and writer at the service of the planet and the struggles of indigenous communities. For 3 months, he traveled to 8 different communities in Guatemala, Belize, Salvador, Ecuador, and Mexico, collecting the stories of 15 special mothers and grandmothers.

Chosen by Barefoot College to train as solar engineers during 6 months in India, these women, who had never before traveled beyond their remote communities, left their husbands, children, and entire families and communities to embark on an incredible journey to bring light to their communities… and a new life.

In traveling to the forgotten villages of Latin America, Houin witnessed unique circumstances of poverty and resilience, and he learned that there is hope within every human being to develop themselves and their communities.

He also discovered that the 15 women are transcending their illiteracy and their impoverishment to become the Solar Engineers, who are affectionately known as "Solar Mamas." In a remote and still fragile world, they are the new heroines of sustainable development.

Houin's chronicle of these 15 women and their fascinating mission will culminate in a 20-chapter essay book. Besides the photographs, he will also chronicle their experiences as they lived them, such as taking a plane for the first time, hearing new languages, learning English, living in India for 6 months, returning to electrify their entire villages, becoming role models and local heroes, starting businesses inspired by their journeys, and finding respect at home and within their communities, led mostly by men.

Houin also plans to reveal untold inside, hidden or buried stories like those of the thousands of Mayan people, who had to hide in the mountainous forests of Guatemala for 20 years to escape a massive genocide led by the government, which ended up killing 200,000 people from 1960 to 1996. Just 20 years ago!

The families, men, and women he lived with during 3 weeks in Guatemala are the survivors, who, after the peace, were allowed to restart their humble lives on their burned and destroyed lands. Twenty years later, communities still have no electricity, road access, or medical centers. The nearest city is 4 hours away.

Their stories of being abandoned, forgotten, and even victims of persecution and prejudice open a window on a new set of values and a new vision of the human condition that Houin is compelled to share.

He created Doña Luz ~ Solar Mama Stories as an intimate diary to link readers with unique examples of empowerment, dignity and courage. He has gathered hundreds of moments frozen in time and transcriptions and personal entries to bring the reader and the viewer into a remote world, most never imagined existed.

With the book, Houin hopes to create connections between these villagers ane readers everywhere. He want this book and these stories to be in the hands of those who care, those who can influence others to care.

His mission is to bring the book to everyone who has the power to bring change and hope to those most in need, just in time for the 20th anniversary of the end of the genocide.