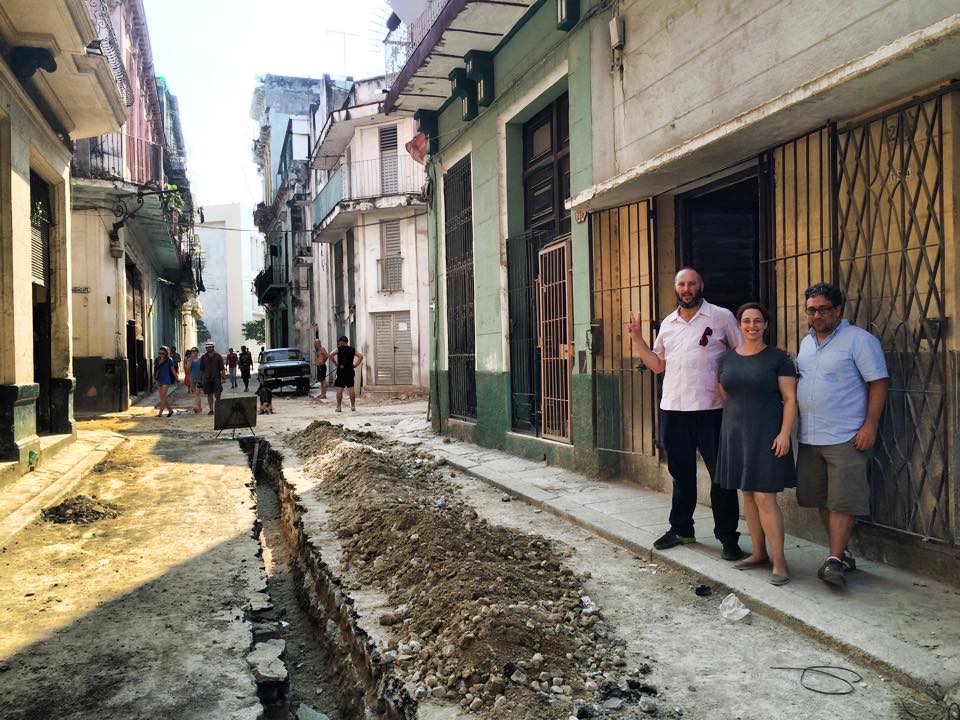 The Institute of Artivism in Cuba is a physical space and an online platform which hosts international artists and activists to foster civic literacy and policy change.

“The Institute is about creating bridges of trust where there is no fear of each other; to create a peaceful and considered response where there is violence; to create a place where people with different political views can come together to build a better country.” Tania Bruguera, Cuban, artist, founder.

INSTAR (Institute of Activism Hannah Arendt) is inviting artists and activists from around the world to collaborate with Cubans to create peaceful tools for policy change and civic literacy.

The physical institute is located in Havana, Cuba and the online platform will have its base in New York City.

At the institute, organizers will work with “cubanos de a pie” (everyday cubans) from housewives and professionals to activists and students. Civic Literacy will be the key to teaching how people can actively participate and initiate change in their own communities and in greater society. For this, they take inspiration from Hannah Arendt, their elected guide.

As a political theorist, Arendt wrote about complex ideas like totalitarianism and power in a straightforward way that is accessible to anyone. The Institute aims to create an equally democratic environment for learning by discussing ideas that are relevant to all, regardless of their political views, economic status, and education level.

The funding received in this campaign will furnish the Institute with basic equipment (such as laptops, software, projectors, hard drive, printer, sound equipment, etc), as well as, security for the Institute in Cuba and a full-time translator. This will be 30% of the asking goal.

The funding will also set up and maintain a bilingual online platform to ensure that all of the events and projects that take place in Havana are uploaded online and available to members all over the world. The events will include workshops, lectures, and working groups with international artists, activists, economists, politicians, etc. This will take 10% of the asking goal.

Some of the collected monies will be going to pay part of the salaries for the full-time project coordinator in New York and in Havana and a part-time fundraiser/grant writer. This will take 40% of the asking goal.

9% of the collected amount will pay for Kickstarter fee, fiscal sponsorship and supplies for the rewards.

The remaining 11% as well as any amount that exceeds the initial asking goal will go towards public programing (translations, printed matters, travel expenses and honorariums for the artists and activists invited to the Institute, event logistics, production of actions, etc.) A stretch goal of an additional $65,000 will ensure funding for programming of the whole first year.

Since Cubans have limited access to the Internet and no credit cards, Tania, the founder of the Institute, will travel to Cuba during the campaign and accept donations in Cuban Pesos and CUC to ensure they are not left out of this campaign.

About Tania Bruguera
For over 25 years world-renowned artist Tania Bruguera has created socially-engaged performances and installations that examine the nature of political power structures and their effect on the lives of society’s most vulnerable individuals and groups. Her politically engaged works have tackled global issues of power, migration, censorship and repression through participatory works that turn “viewers” into “citizens.”

By creating proposals and aesthetic models for others to use and adapt, she defines herself as an initiator rather than an author, and often collaborates with multiple institutions as well as many individuals.

Tania’s work has explored both the promise and failings of the Cuban Revolution in performances that provoke viewers to consider the political realities masked by government propaganda and mass-media interpretation. In 2014, she was detained and had her passport confiscated by the Cuban government for attempting to stage a performance about free speech in Havana’s Revolution Square. She had planned to set up a microphone and invite people to express their visions for Cuba.

Since 2015, Bruguera is the first artist-in-residence for New York City in the Mayor’s Office of Immigrant Affairs. She lives and works in New York, New Haven and Havana. More at taniabruguera.com