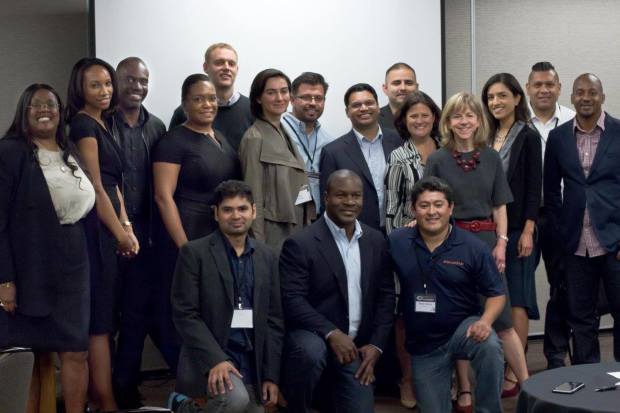 The data for minority entrepreneurs are just as bad, with less than 2% black and Hispanic entrepreneurs receiving venture capital. Ninety-eight percent of all venture investments go to companies led by men. This must change.

In an effort to begin changing that narrative, this campaign will directly address the traditionally limited funding and resources for diverse founders in the Bay Area and outside of Silicon Valley. Campaign organizers want to support those who are not a part of certain socio-economic, gender, or racial categories that often receive the most support.

Good ideas don’t only come from one corner of the world. The lack of diversity in technology, especially among those companies supported by venture capital, restricts diverse entrepreneurs from building innovative solutions that could change the world.

Why is it easier for a white male with no real world experience to get millions in funding than it is for a black woman who’s built a product?

Pattern matching is among the unconscious biases that artificially limits the talent pool of who’s allowed a seat at the table. Until more black, Hispanic, and other underrepresented founders are given an opportunity to create the next billion dollar company, many will continue to believe that those people are incapable of creating a billion dollar company.

Campaign creators know that’s simply not true, and it only perpetuates the cycle of inequality.