Crowdfunder: Discovering why bees are losing the fight 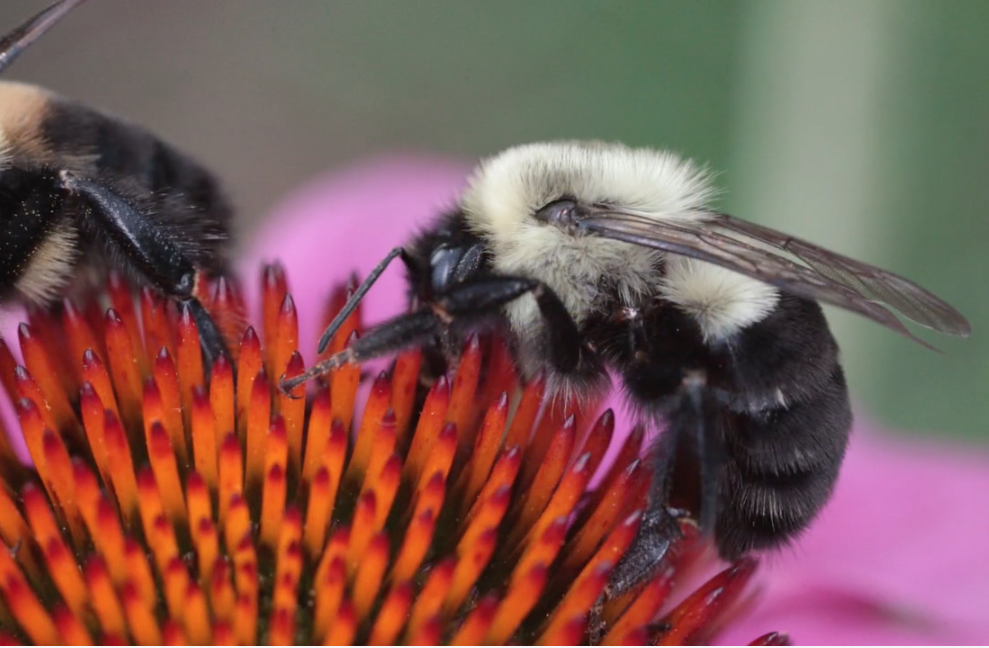 Campaign: Bee battles: are our native bees losing the fight for resources?

Male wool-carder bees defend patches of flowers using evolved weapons on the base of their abdomen to ram into other bees trying to visit the defended flowers.

And the cost of these interactions to other bees is high – often severe injury or even death. Of the nation’s native bees, bumble bees receive the majority of attacks from wool-carder bees. Yet no one knows the impact of these attacks on bumble bee populations.

Bumble bees are declining drastically. Some previously common species are estimated to have only 4% of their original population surviving today.

That’s bad news since we depend on bumble bees to pollinate crops – including tomatoes, peppers, blueberries, and more. Bumble bees perform a special pollination behavior called buzz pollination, which many native crops depend on. Without bumble bees, the sustainability of US agriculture would be in question.

The greatest threat to bumble bees is habitat destruction – urbanization, agriculture and introduction of invasive species, such as the wool-carder bee. Yet we don’t know the extent of impact wool-carder bees have on bumble bee decline.

Projects such as this are necessary to determine the impact of this invasive bee on the native ecosystem. With the information provided by this project, scientists can make recommendations about wool-carder bee control and ecosystem rehabilitation.

Bee battles: are our native bees losing the fight for resources? from Experiment on Vimeo.