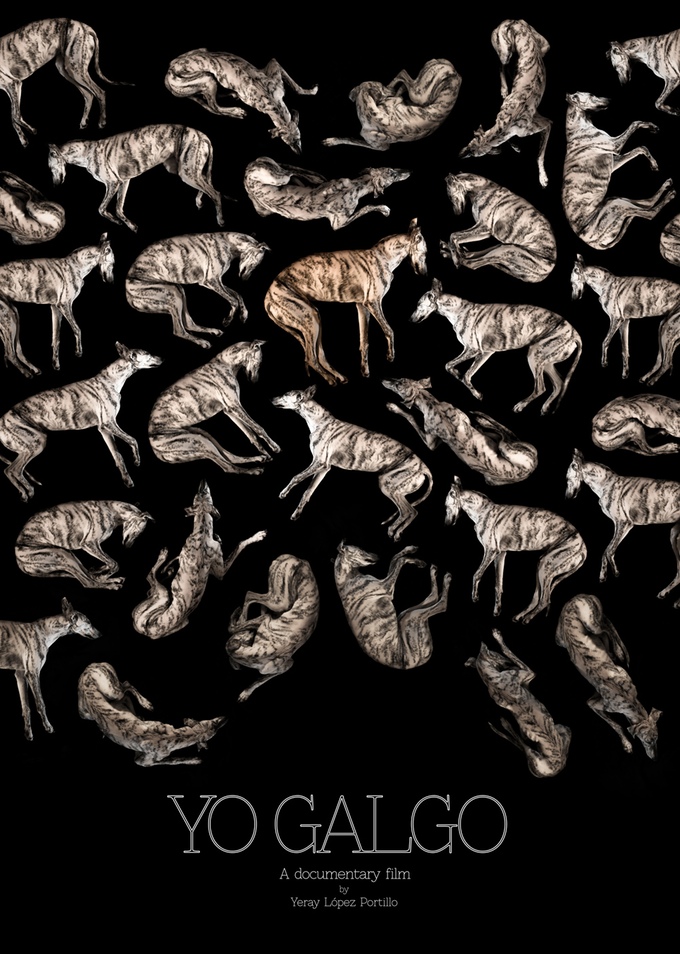 Campaign: YO GALGO “A documentary film about the Spanish sighthound”

Gals, also called Spanish sighthounds, have been praised in tales and myths for centuries, they were respected figures and cared for, almost gods for some cultures, but today they suffer what might be considered a genocide.  However, what can you say when between 50,000 and 100,000 gals are killed or abandoned every year after the hunting season?

Every year healthy gals are killed, beaten to death, drowned or abandoned when they no longer live up to their owners’ expectations. The breeders, the so-called galgueros, breed hoping to end up with the fastest dog to compete and hunt the hare, but overbreeding leads to the “throwing out” of thousands and thousands of gals every year.

That’s why Yeray Lopez Portillo started YO GALGO, this documentary. Because the day a gal entered his life, he couldn’t look away, he needed to act. And that is how he started filming a story that took him back to his native Spain.

The galgo who sparked his interest in making this feature length documentary is called Bacalao. He always wondered what would have happened to Bacalao if she weren’t with him, so he started investigating what goes on with the galgos. Little by little, he was accepted in circles that one normally doesn’t  get access to. Portillo wanted to see all angles as he believes this story hasn’t been told yet.

It has taken almost three years for Portillo to make this film, but he now needs help finishing it.

The film explores the passions for competing, breeding and hunting with galgos as well as the consequences such unregulated practices have for thousands of dogs in rural Spain. It is not an easy world to get into, there is a lot of fear and mistrust, but Portillo got lucky. He has been in the fields long enough with his gal to be trusted and welcomed by some galgueros, gypsies, NGOs and different people working with this breed.

This is a story that surpasses the individual; it talks about traditions, power, folklore and the ways in which humankind relates with animals and each other. In the gals world, Portillo reveals a very particular Spain, kind of frozen in time, hard and cold, in which the gals becomes an invisible figure that somehow society has accepted as the sufferer and looks away. There has always been something about the gals that nobody wants to talk about — until now.

Portillo has spent much time with gal breeders, galgueros, listening and filming their ways and views. He has followed them to the competition, the hunt and their homes. He’s also been with volunteers rescuing gals spending long hours waiting as if to see a white whale, a ghost that many times will never appear again. Some of the ones that do appear are really frightened and difficult to catch.

But this is also a film about the beauty of spending time with such dogs, to see them run and have them close. “The Galgo is a drug, when you know it, it’s addictive” Portillo has often heard and he agrees.

That is why Portillo and his team started sharing their lives around their gals and the film on Instagram and created their web-page with the results of their investigations.

For Portillo, the film is also a journey back home. After having lived in Denmark for a while he decided to come back to Spain and give the documentary a chance. Bacalao returns to Spain to find her brothers and in the way finds much more.

YO GALGO deals with old and complex issues in Spain (laws, the concept of animal sports, identity and culture) but this one is not a local story. It is a story about human nature, about why humankind keeps certain traditions nowadays, about the life in the villages, the social pressure and the way in which everyone relates with other earthlings.