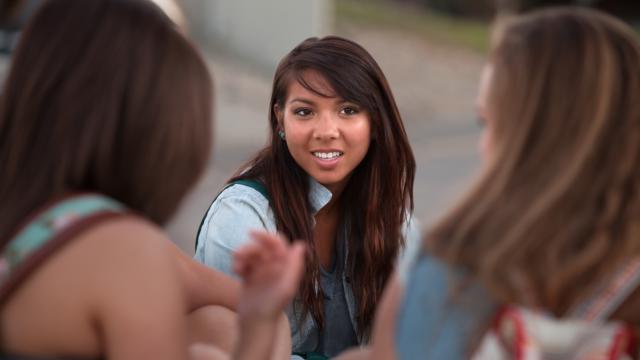 Campaign: How can we improve racial and ethnic integration reform in U.S. schools for youth of color?

What is the context of this research?

In 2013 researchers interviewed Maria, 14, who is Puerto Rican. Her community is 83% Black and Latino and 46% below the poverty line. In 1st grade, she enrolled in a racial and ethnic integration program in a suburb that is 94% White and 3% below the poverty line. She recalled, “A girl thought it’d be funny for her friends to throw me off the monkey bars. ‘She’s from that neighborhood. She’s a thug’…kicked me in the stomach. Then a girl [from my neighborhood] came, but they called her a rat face. I was like, ‘Why’d I keep going to this school?’” This local reform began in the late 1990s and aims to increase the access Black and Latino youth have to quality education through suburban schools and urban magnet schools. Thus, we returned last summer to interview teens about their school realities.

What is the significance of this project?

School peer culture is a powerful force in youth’s everyday lives. Youth collectively interpret the world around them and produce their own cultural practices. This occurs within systems of inequality that promote peer exclusion, especially within racial and ethnic integration programs. There is a significant and strong relationship between peers and academic well-being. For instance, having school friends increases GPAs and reduces dropout rates. The exploration of academics and peer culture within racial and ethnic integration reform is primarily outcome driven. Thus, more qualitative research that investigates how young people make meaning of these experiences is needed.

What are the goals of the project?

Thus, we aim to examine how peer culture differs in these parallel programs and how bused students integrate into their schools and neighborhoods’ peer cultures.

Researchers are asking for funding to sponsor three undergraduate-student researchers who will transcribe interviews, manage contextualizing data, and analyze interviews during the summer of 2016 (8 weeks). Each student needs $320 for housing, $560 for dining and $346.66 for travel, ultimately $1,226.66 per student.