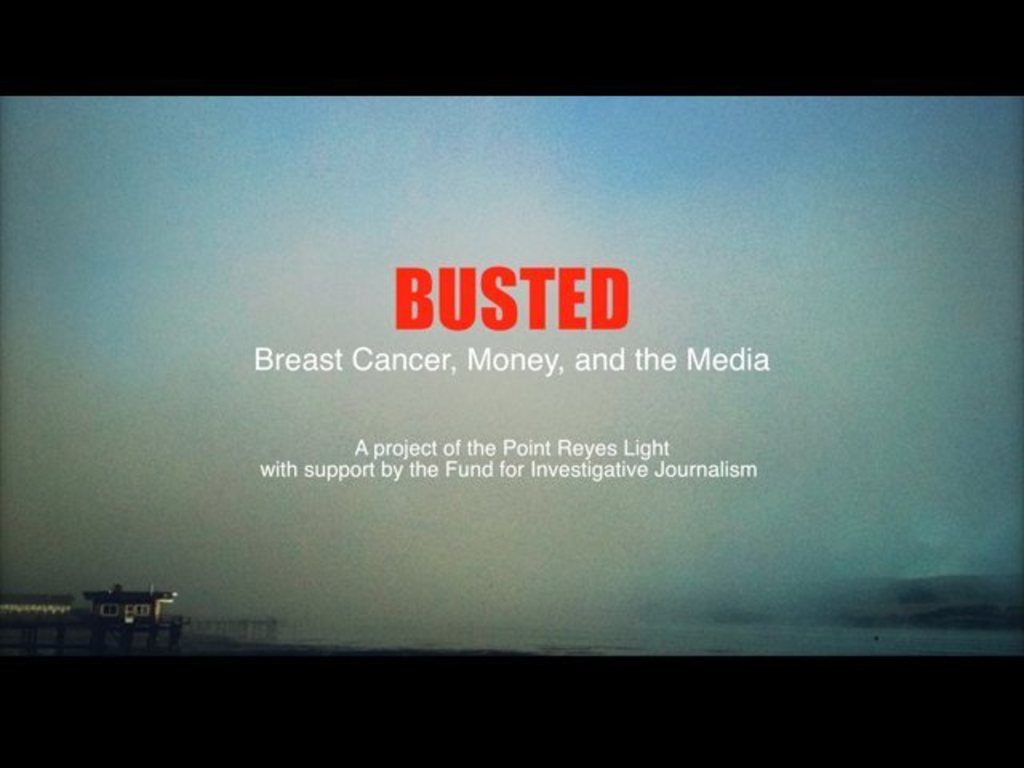 At the edge of the Pacific, women believe they’re part of an unexplained breast cancer cluster. It’s a fear created by media hype and medical researchers who should know better.

Since the ’90s, the San Francisco Chronicle has published a steady stream of articles claiming the affluent, mostly white women of Marin have the highest rate of breast cancer in the country, as much as 35 percent higher than the national average.

Year after year, breast cancer researchers spend millions of dollars studying why women in the wealthiest communities are targeted by the dread disease.

This research agenda is dominated by businesses with skin in the cancer game, including AstraZeneca, Avon, Chevron, Baker Hughes. Meanwhile, women suffer from needless anxiety, terrified that cancer is stalking them.

What if women in Marin are in fact much less likely to get or die of breast cancer than are women in less affluent communities?

Medical experts without corporate ties say there is not a breast cancer epidemic in Marin.

“Busted” explains how breast cancer statistics are manipulated by governmental and non-profit organizations that can benefit by marketing fear instead of solutions.

Investigative journalist Peter Byrne has interviewed dozens of experts and examined hundreds of medical studies and public records. The documented results of this investigation call on America to reform the science of breast cancer research.