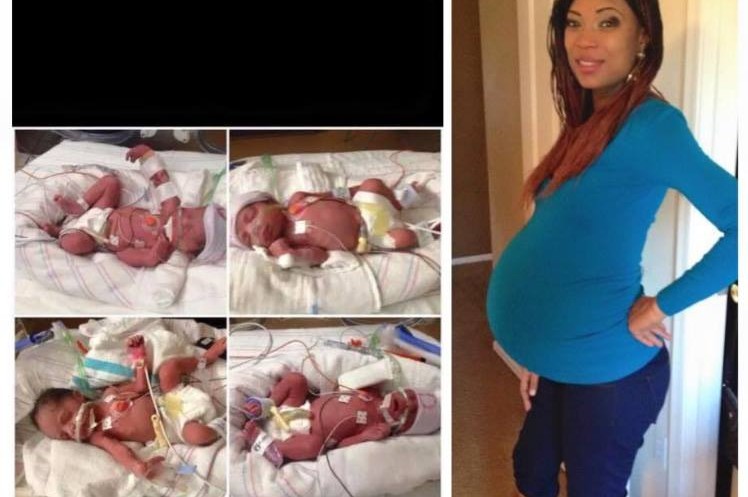 Paisley, Tracey, Erica and Carlos were born on January 15, 2015. They came into this world seven months before their time. They were born to Erica and Carlos Morales of Phoenix, Arizona who had tried for two years for the privilege of being their parents.

Friends say that Erica’s love for her quadruplets was only intensified as her pregnancy progressed because of an earlier miscarriage. However, two days before the children were born, Carlos rushed Erica to the hospital with high blood pressure.

Erica lost consciousness and remained that way during the C-section. She died after giving birth to her little
angelitos.

Now, Erica is her family’s Guardian Angel. Her passing has left Carlos to parent their children on his own.

Erica’s friends know how badly Carlos is going to need help in the days, months and years ahead. So, they have created a campaign to raise money to help with upcoming expenses.

The campaign’s goal is an ambitious $500,000. Yet, as most parents know, raising four children till they reach young adulthood costs a lot more than that.

For Carlos Morales, raising his four children without Erica is doubly hard that no amount of money will ever ease but it will ensure that his children won’t lack for the necessities to have the kind of life Erica always envisioned for her children.