Latina Lista: News from the Latinx perspective > Causes > Crowdfunding > Crowdfunder: Granjeros – A Board Game for a New Economy

Crowdfunder: Granjeros – A Board Game for a New Economy 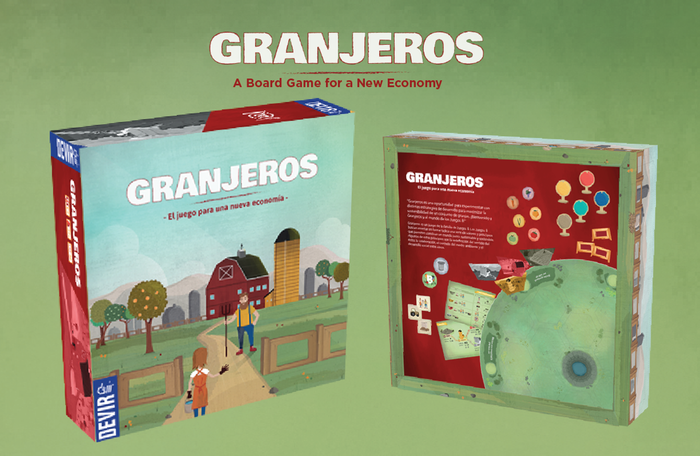 Campaign: Granjeros – A Board Game for a New Economy

Probably everyone has played the game where you buy real estate and make other players go broke (yes, the one with the old guy and the monacle.)

Though it’s a fun game, creators of Granjeros believes it promotes values like “buy everything you can” and fosters an “extreme individualism” that no longer serves building a prosperous society for the 21st Century.

The ideas embedded in this game have profoundly influenced behavior and business development and society overall and still do so in young generations exposed to this game.

Granjeros creators want to change this reality by promoting an alternative game that brings forth a new set of values that, though it recognizes competition as a driving force behind growth and development, it balances it with cooperation, honesty, empathy and accountability.

B Corps are certified by a nonprofit B Lab to meet rigorous standards of social and environmental performance, accountability and transparency.

Today, there is a growing community of more than 1,000 Certified B Corps, from 33 countries and over 60 industries working together toward one unifying goal: to redefine success in business.

Granjeros is being designed by Idemax, a creative studio based in Santiago, Chile. They are drawing their inspiration from popular board games and video games. After 7 months of serious play, they came up with a final concept for this first B board game.

The game is a 4-5 player game where each player is a farmer who has come to a land full of opportunities to develop plots of land in a sustainable manner.

Although each player is competing with other players to win the game, collaboration, trust and holistic approach to growth are quintessential to progress in the game.

Thus players compete and collaborate with each other as well as become accountable as a group for the common resources that impact the whole system.

The goal of the game is to generate B points by developing plots of land into different stages of development.

The game ends when one or more players reach a total of 7 B points.