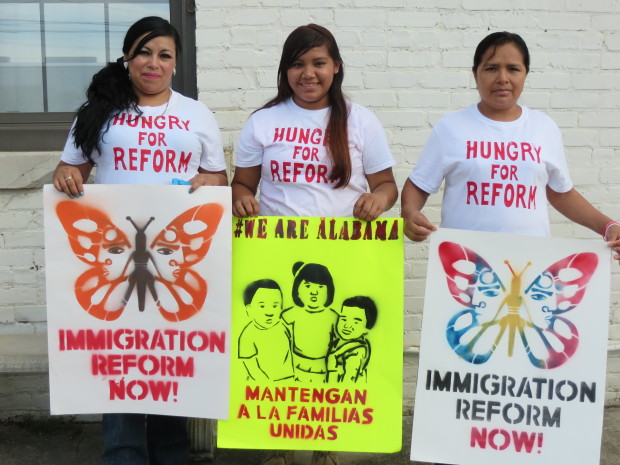 The Alabama Coalition for Immigrant Justice (ACIJ) has been on the front lines of immigrant rights organizing in Alabama since 2006. ACIJ successfully fought back against the harshest anti-immigrant state-law in the whole country HB-56 (inspired by Arizona’s SB-1070) and stopped these anti-immigrant laws from spreading to other states.

ACIJ has created a vehicle to uplift immigrant communities out of the shadows and into civic participation, cultivating leadership development.

The south is famous for having a legacy of extreme racial discrimination with high racial tension, and low recourses. SEIRN has helped people come together as southern states and become one voice, more powerfully able to destroy cultural, racial and language barriers facing the immigrant communities.

Through a culture of popular education their leaders will learn from the best the south has to offer in civic engagement, campaign management, strategic outreach and much more at this year’s SEIRN (South East Immigrant Rights network) 2015 Conference in Hampton, Georgia. This conference will take place August 28-30.!

Alabama will bring to the rest of the Southeast some of the best they have to offer in story telling, cultural organizing, strategic use of media, and much more!

The ACIJ wants to send 30 immigrant leaders to go to the conference. The campaign’s goal is $5,000.