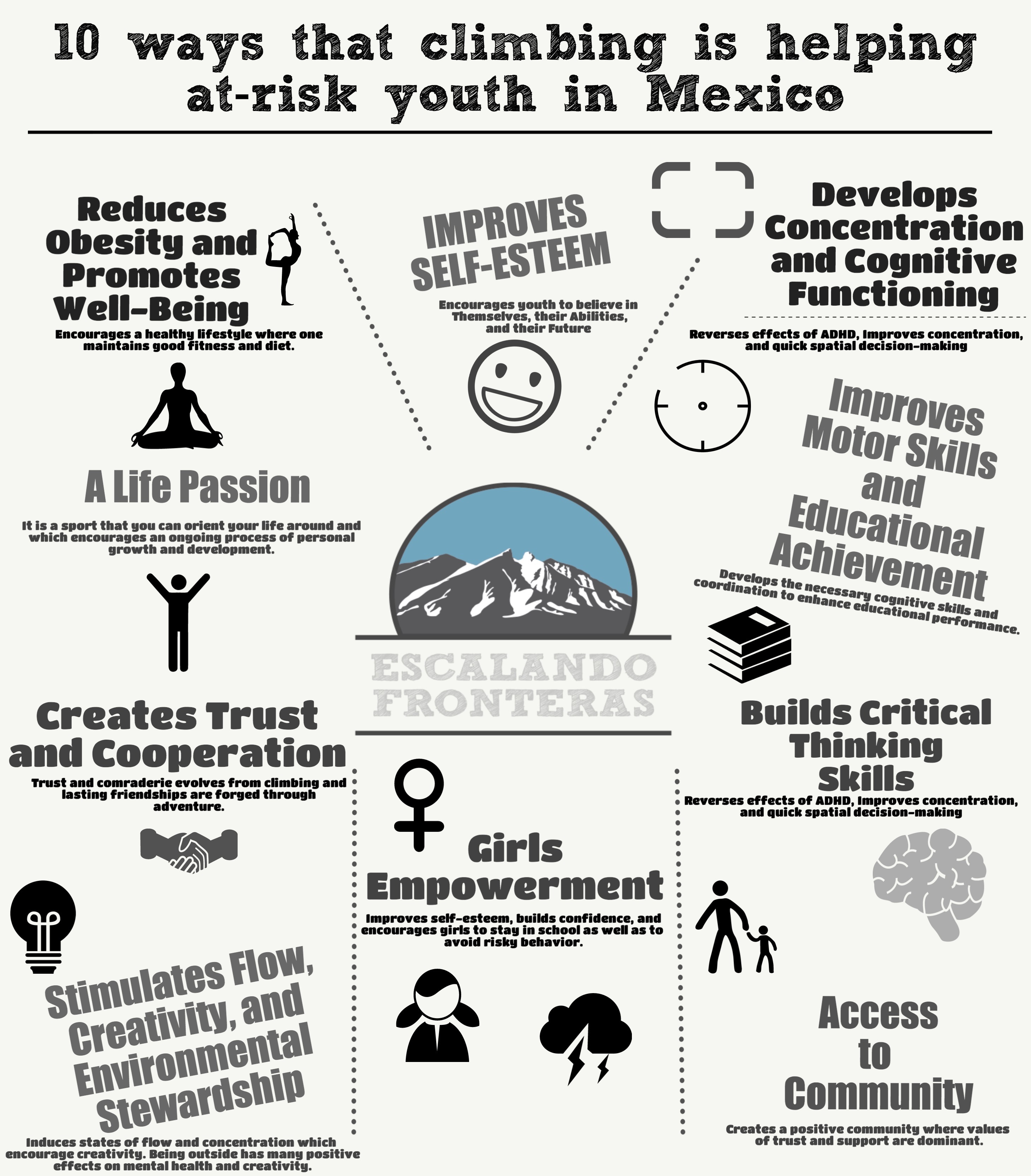 Help Mexico’s youth CLIMB beyond drugs, gangs, and drug cartels and on to a more promising future.

Imagine never having been told ‘You can do it. You can do whatever you want’ or ‘I am so proud of you’ by your parents, family, or anyone you respect.

This is the reality of these kids. They live in areas where broken families, domestic violence, early school dropout, teenage pregnancy, gangs, drug cartels, and hopelessness are the norm. No one has ever valued them or said, ‘you can be somebody.’

Many of these youth are coerced into working for the drug cartels because they see no other way of escaping their poverty. However, through climbing they have learned that they can do what they thought impossible.

Climbing has an immense capacity to remediate the negative values, low-levels of self-esteem and confidence, Post-Traumatic Stress Disorder (PTSD), and hopelessness.

Escalando Fronteras is an organization of social activists, academics, entrepreneurs, and climbers from all walks of life that are using rock-climbing to empower and build the skills of at-risk youth in underdeveloped areas around the world.

The organization is currently working in Monterrey, Mexico using climbing to give youth in danger of becoming involved in gangs and drug cartels the skills to instead become leaders and agents of positive change.

Boosted by the positive results from their pilot-project, where they worked with 50 youth from one of Monterrey’s most marginalized neighborhoods, Lomas Modelo, they now aim to create a youth climbing center where 1000 of Monterrey’s most at-risk youth will have access to climbing, mentors, tutors, and job training.

Though among the most deported, U.S.-based Guatemalans increasing remittances home
Comment
Crowdfunder: Harnessing power of health activists to advocate solutions to global health crisis chosen by the "Article 25 Global Vote"